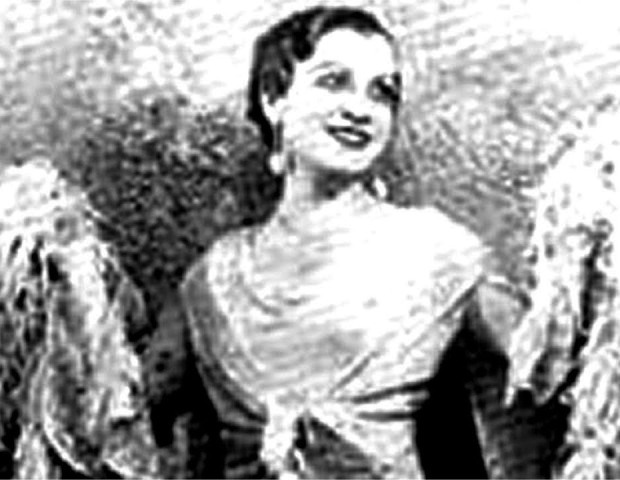 The Sciantosa was the attraction of Café-Chantant in Naples during the Belle époque.

The artists had a mysterious past, spoke with a foreign accent, used French stage names and pretended love stories with jet-set personalities. Indeed, they used to be poor girls who tried a career in the show business to escape their poverty.

In a world where unemployment was a real social disease, in particular for women and this used to represent the only solution to have their independence and social identity. But this life wasn't so easy: the girls, who started the sciantosa career, had to set aside the love and stand out among the many Concetta, the nickname of the all debutant sciantose.

Sciantosa: a symbol of the Unification of Italy in Naples

On the 6th of September 1890, Giuseppe Garibaldi arrived in Naples and after a protest started. Several hundred prostitutes marched to the prison of the Vicar, asking the freedom of their protectors and yelling Garibaldian slogans. They wore a skirt and red jacket, like the entertainers.

One year later, the first Neapolitan café-chantant opened in Via Toledo. Here, the first entertainers were singers with approximate technique but with great charm. Practically, they were the first sciantose, all wear red and described by Roberto De Simone as the Garibaldian Sciantose. 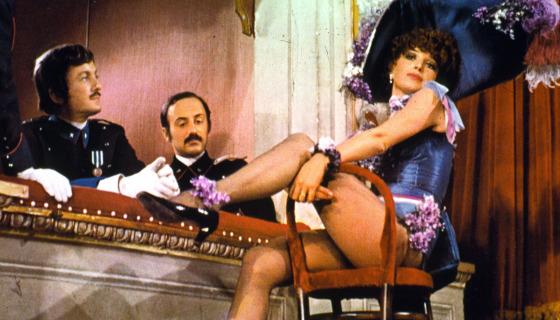 The image of the Sciantosa inspired many successful songs of classic Neapolitan music.

The first song written about the Sciantosa was in 1894 by Mario Pasquale Costa, who was inspired by this cultural phenomenon while he was sitting at the table of a brewery in Naples. The song was 'A Francesa (the French girl) that quickly became a signature song of many sciantose who identified themselves in the role. The lyrics refer to the first sciantose in Naples who used to perform in theatres smaller than the famous Salone Margherita.

The song speaks about a young woman who performs in front of a male audience and declares to be French because at the end of the 19th century to evoke the France and Paris was a way to be glamour, elegant and carefree. The Neapolitan girls used to dream to make their fortune and go far away or to be born in another country, but, at the same time, they wish, after they have known other horizons, to go back and be happy in Naples.

Another song was Lilì Kangy, written in 1906 by Salvatore Gambardella and Giovanni Capurro. Also in this song, the theme is foreign nationality, evoking France and Spain, which is a land similar to Naples for history and traditions but, anyway different and far. The title of the song, Lilì Kangy, is an "exotic" name used by the Sciantosa as her stage name: she is a Neapolitan girl who believes to have found the fame game, after the step from simple Concetta to famous Lilì Kangy. She is proud of her origins and to the men who try to guess her nationality if French or Spanish, she declares to be born in Conte Di Mola (a street in the districts of Naples).

In the song, it speaks also three younger sisters than the protagonist, who are initiated to the Sciantosa career. It lets to understand how this career, at that time, was a job prospect for girls anxious to get out of misery.

In 1911, the full climate of mass emigration by Italians, Salvatore Gambardella and Aniello Califano wrote Ninì Tirabusciò, a song that will have great and lasting success (in North Italy too) and will inspire famous movies. This song is written when the Belle époque is close to the end and the First World War is starting.

Differently from the previous songs, Ninì Tirabusciò is a cynic and unscrupulous woman who decides to leave Naples and her husband to try her luck elsewhere. She knows to not be talented but improves herself as sciantosa to follow the success and the wealth. Ninì openly declares to be an upstart and she doesn't need to be a good singer, but only to show that she's available and to find someone who gives her money.

The song became a success thanks to the Roman sciantosa Maria De Angelis, known as Maria Campi, who invented the "mossa", an hip movement that the sciantosa used to do at the end of her performance for showing her legs.

In the end, to speak about the Sciantosa, in an "indirect" way, is the song Reginella that was written in 1917 by Libero Bovio and Gaetano Lama. This time, as protagonist we don't have a sciantosa on the stage, but a group of sciantose in a moment of daily life, seen through the sad gaze of an ex-boyfriend. The song wants to show how a romantic relationship was difficult for a sciantosa who, because of her social life and halter dresses, was often forced to broke off with her first and honest boyfriends.

The most famous among the Neapolitan sciantose 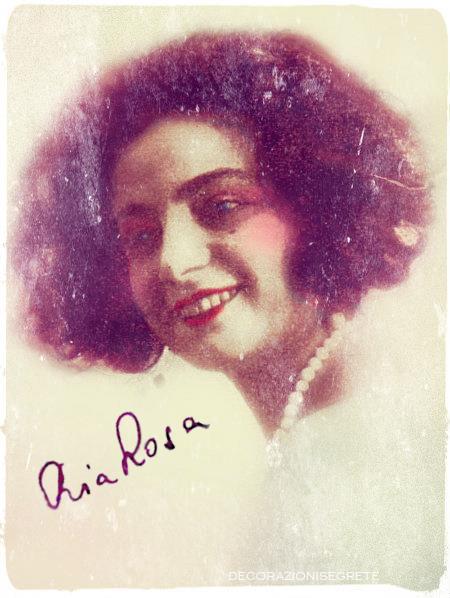 The names of the scinatose who performed on the Caffè Concerto's stages of Naples were many and many. Here we go to remember just some of the most famous sciantose who were born in Naples.

Elvira Donnarumma: She was born in Naples in 1883 and she used to be called Capinera because of her curly black hair. She was the undisputed queen of the first twenty years of the 20th century. Her records flight off the shelf but in the middle of the 20s, because of her disease, she was forced to slow down with her artistic career.

Gilda Mignonette: Stage name of Griselda Andreatini. She was born in Naples on the 28th October of 1889 and died on the 8th June of 1953 during the trip from New York to Naples, after she had wished to die in her hometown. It didn't happen, she died twenty-four hours before to reach Naples by the "Homeland" transoceanic. She was known as the Emigrants' Queen, her songs became great international hits. For her formidable talent, she was compared to the blues singer Bessie Smith.

Ester Bijou: Stage name of Giovanna Santagata. She was born in Capua (Naples) on the 19th of July 1883 and she died in Naples that she was not yet 29. She had blond hair and blue eyes and she used to be called Blond Little Devil, for her ability to go wild on the stage and involve the audience too. On the 4th of July 1912, after a show in Salone Margherita, she was found dead in a hotel in Naples, she had committed suicide with a gunshot to her heart.

Ria Rosa: Stage name of Maria Rosa Liberti. She was born on the 2nd of September 1899. She debuted teen in Sala Umberto, showing a great voice, warm and vigorous. She performed in New York too, where she was declared The Emigrants' Singer and ironically The Feminist Grandma. She is the first to deal with issues like the single mothers in Naples. She caused an uproar in her disguise as a man, the Neapolitan Guappo, to sing male songs. She died in America in 1988.

The Sciantosa word in the Morder Naples

Today, the Neapolitans use the word "sciantosa" to describe a woman who takes a lot of time to take care of her appearance or seen as excessively vain.

The word could have a negative and positive meaning, depends on the contest where we use it, but mostly it has a funny meaning. The word is easily used to make fun of the feminine attitude of a charming woman or the capricious and spoiled behaviour of a little girl who pretends to be a woman.