Things to see in Naples in one day

Naples in one day: the most important things

Naples is a city rich of beauty, history, landscapes, attractions, wonders and contradictions and the time to visit and fully understand it is never enough.
However it could happen to you to be able to visit it only for a day and in that case you will wonder: where to go in? what to do? what to see? Which side of Naples start my tour? Where do I conclude it?
In order to answer these questions we propose this itinerary thought to let you spend a long tour around the city where you will be able to visit Naples in a day.

Naples in one day: where to start? 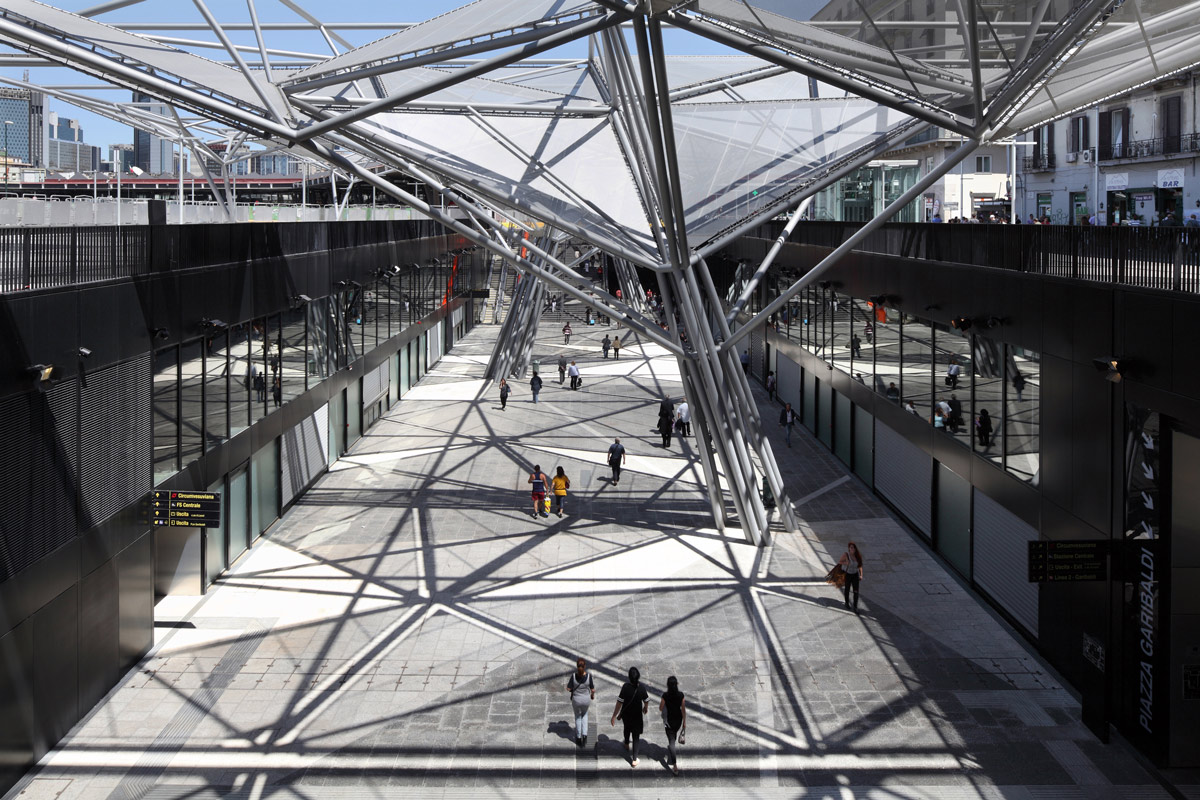 If you are in Naples for a day your starting point is probably Piazza Garibaldi.
Piazza Garibaldi is the main terminal of the city transport. From Piazza Garibaldi you can reach anywhere in the city of Naples and the entire metropolitan area, even the province, through the underground, the main lines of buses and trains of the state railways.
Consider that if you start from Capodichino airport or Molo Beverello you can easily reach Piazza Garibaldi taking the Alibus (public transport). Piazza Garibaldi is also easily accessible from other parts of the city, to learn more you can see the transport section on their site.
From there you'll want to take the metro to reach Piazza Cavour. Out of the subway you can reach out and take Via Duomo, until you reach the beautiful Cathedral of Naples for visit the crypt and museum of the treasure of San Gennaro.

I've been around the world ... the sun of Naples I've never found anywhere!
Roberto Murolo

Naples in one day: going to Spaccanapoli

Via Duomo, along Via San Biagio dei Librai, you'll cross the famous historic center of Naples, and will cross it through the famous Spaccanapoli, the lower decumanus of the ancient Naples dating back to the Roman period of the city.

This exceptional road that seems to divide the city in two, still retains the path and some peculiarities of its past. The Spaccanapoli road must be traveled straight until you get to Via Toledo. Since this is a straight and very long road, Spaccanapoli turns out to be easy to follow and useful for orientation in addition to being one of the most famous streets of Naples.

Once arrived in Via Toledo you can climb on Dante square, look out on this beautiful square and, perhaps, find refreshment resting on a bench.
From Piazza Dante, you must continue along Via Toledo. The road is long, but it's downhill, so it will not be a problem.

Naples in one day: the shopping streets

Via Toledo is one of most important road of Naples as well as one of the main shopping streets. Seats of institutions, shops, banks, and not only, in via Toledo you will find everything. Along Via Toledo from Piazza Dante, at some point it will appear on your left the impressive Galleria Umberto I.

Inspired by that of Milan, the Galleria Umberto I is a clear example of Italian Liberty style. Its valuable manufacture and the refinement of its architectural style make it wonderful to visit and admire.

After visiting the gallery, however, you will need to get back on via Toledo (to do that it's enough to remember wich of the 4 exit you entered).

Continuing you will find, one after the other, Piazza Trieste e Trento, and then Piazza Plebiscito. There, you'll want to take the time you prefer to admire the Royal Palace but taking into account that you will pass again to Piazza del Plebiscito later. Same for the Teatro San Carlo.

Later, you will need to take Via Chiaia, the street of Naples that climbs behind the historic Plebiscito square.

Via Chiaia is a wonderful shopping street of Naples, accessible only on foot, connected with all the main streets of luxury shopping in Naples. Traveled the whole Via Chiaia you will be in Piazza dei Martiri. From there you can take Via Calabritto and find on Piazza Vittoria.

Naples is famous all over the world for its good food and for the recipes of its culinary tradition so, even if time is short, it is absolutely worth dedicating a part of it to taste some delicacies.
In the area of Piazza Vittoria it will not be difficult to find a suitable place to stop for lunch, in fact, right there is, for example, the typical Neapolitan trattoria CasaBuonocore.
The advice is to try the traditional Neapolitan dishes such as Ragù, Genovese, pasta with ricotta or pasta and potatoes with provola, in short those dishes that can still be found in the Sunday lunch of a Neapolitan home.
At the trattoria CasaBuonocore these recipes are prepared according to tradition: with slow and long-lasting cooking and the original ingredients.
Neapolitan cuisine is an attraction in itself, even if you go to Naples for just one day, leaving without having tasted one of its delicacies would be sacrilege.

Naples in one day: the seaside 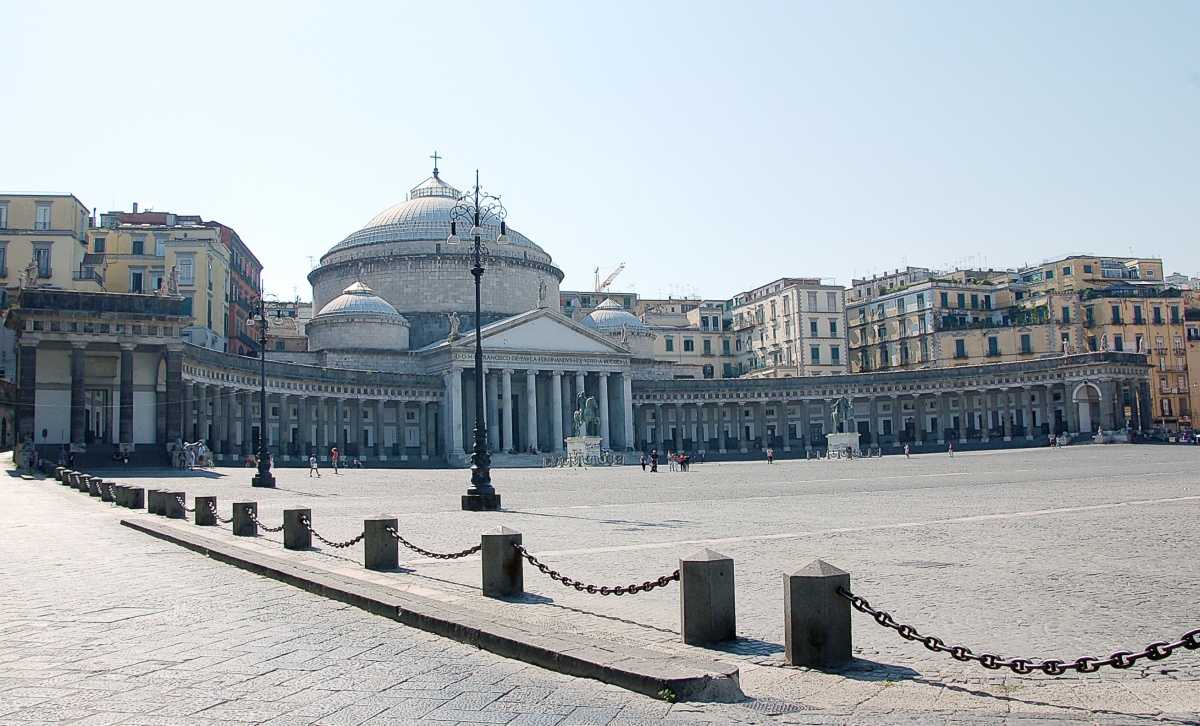 Once arrived in Piazza Vittoria you can decide whether to visit the Villa Comunale of Naples, which will open majestically at your right hand, or look out on the beautiful Naples's seafront. In both cases, the situation would be perfect to stop for a coffee and, maybe, find a moment of rest.

Once restarted, you will need to walk the beautiful via Caracciolo. You will come across the majestic Castel dell'Ovo. A visit to the castle and to the near Borgo Marinari is a must.

Walking via Caracciolo you will end up back in the majestic Piazza del Plebiscito. If you didn't enjoy it at first, this is an opportunity for a better look.

From Piazza del Plebiscito move towards the Teatro San Carlo, go straight and continue until, on your right, it appears the splendid Maschio Angioino.

The square which opens in front of the Maschio Angioino is Piazza Municipio. in front of it there is via Medina. Along Via Medina and then, going down Via Guglielmo Sanfelice, you'll find Piazza Giovanni Bovio.

In Piazza Giovanni Bovio you can take the metro (the station is Università) and return to Piazza Garibaldi, or decide to reach the central station along Corso Umberto I, where, arrived in the afternoon, you can dedicate yourself to a relaxing shopping stroll.