Trip around the cities near Naples: from Caserta to Avella

The city of Naples is certainly the most prestigious and best known of all the cities of Campania. Its monuments and history raise the glory of its name not only in the rest of Italy but also in the rest of Europe and the world. But in its surroundings, and more extensively in the Campania region, there are also other cities, large or small that they are, which can boast a great history behind them, a history that has contributed to making those territories rich in historical evidence. Today we will guide you on an itinerary that we have prepared especially for you, to introduce you these cities near Naples, which are a bit like the "younger sisters" of Naples. Have a good trip!

1 - Caserta: the city loved by the Bourbons

Our tour around Naples starts from the beautiful city of Caserta, known worldwide for its famous palace, the "Italian Versailles". The construction of the Royal Palace of Caserta was commissioned by the king Charles of Bourbon, in the mid-18th century, to the great architect Luigi Vanvitelli. The historic apartments, the large park, the English gardens, these are just some of the wonders that await you at the Royal Palace. But the Royal Palace is not only the only attraction of the Campania city. Of great interest, in fact, is also the magniloquent Caroline aqueduct, another great work created by the happy marriage of Charles III of Bourbon-Luigi Vanvitelli, a work that does not fear comparison with its Roman ancestors, as well as, to remain on the Bourbon theme, the Monumental Complex of the Belvedere of San Leucio, an important silk factory, is also a must. But before leaving Caserta for the next stop, it is necessary to make a detour to Casertavecchia, an ancient medieval village, where you can enjoy a magnificent view of the Piana di Caserta and where not to be missed is the Cathedral dedicated to San Michele Arcangelo.

2 - Salerno: the handmaid of the Tyrrhenian Sea 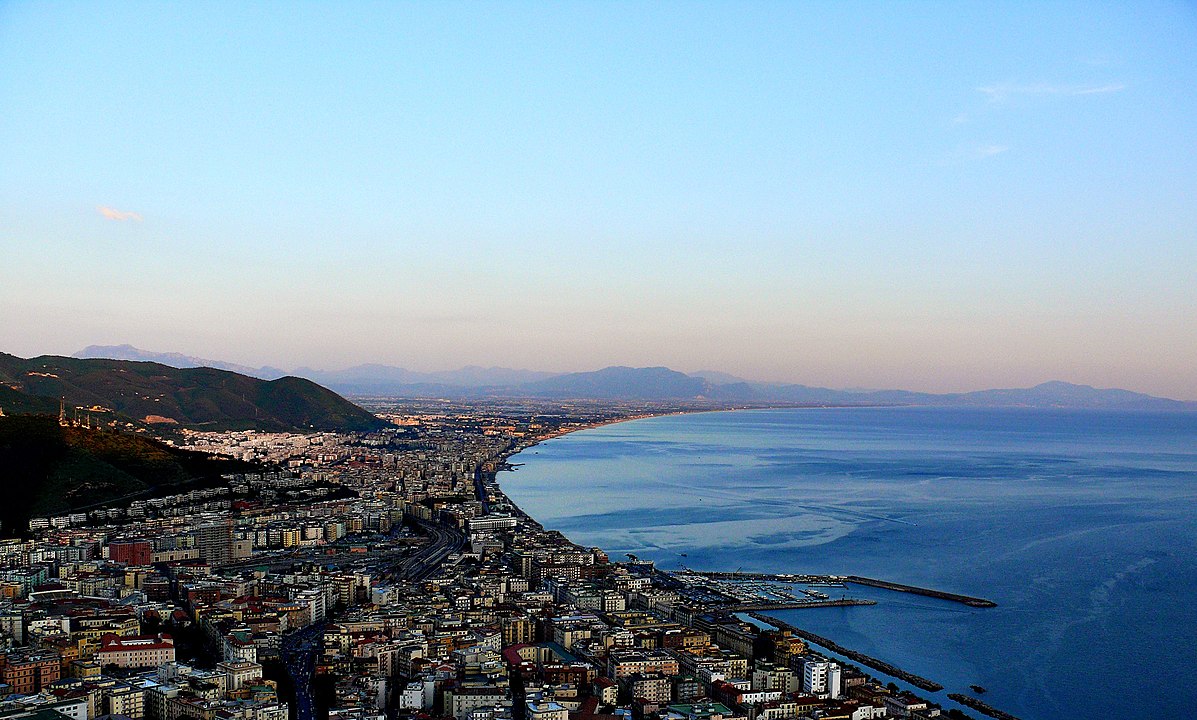 And now let's move further south, to admire another of the bell sisters of Partenope, Salerno, also majestically lying on the Tyrrhenian Sea. Leaving aside the marvelous Amalfi Coast, which deserves a separate discussion, Salerno City has had a significant increase in tourism in recent years, thanks also to the now infamous Luci d'Artista Christmas festival. Among the many attractions, certainly not to be missed is the beautiful Cathedral dedicated to San Matteo, whose remains rest in the crypt redone in Baroque style. Of great interest is also the remaining historical center where a conspicuous series of shops, bars and shops accompany the tourist on a pleasant walk. Walk that must continue towards the Lungomare Trieste to admire, in one glance, on the one hand the aforementioned Amalfi Coast, on the other, the Cilento one. And, with the power of fantasy, our next stop. Not before, however, to take a look at two other monuments of medieval origins: the Arechi Castle and the Complex of San Pietro a Corte, two testimonies of the long and complex history of the city.

3 - Sant'Agata de'Goti: the queen of Sannio And now let's move to the province of Benevento, in the ancient territory of Sannio, to visit one of the most characteristic villages of the Campania region: Sant'Agata de'Goti. Perched on a tufaceous terrace, Sant'Agata stands overwhelmingly in front of our gaze, with its simple beauty and its rich and fascinating history, which has its roots in the Samnite era, when the village was called Saticula, also if its true face acquired it in the Lombard era.

But what are the main monuments of the city?

First of all, the city must be admired from the Vittorio Emanuele bridge that accompanies you inside, where you can immediately admire the remains of the Lombard castle, which has been remodeled several times. The church of San Menna is also of great interest: a splendid example of Romanesque style, the church was consecrated around 1100 by Pope Pasquale II. But before leaving the city, it remains to visit the Annunziata church founded in the thirteenth century, the church is an extraordinary example of Gothic art, with its extraordinary cycle of frescoes, recently rediscovered.

4 - Aversa: city of Art and History 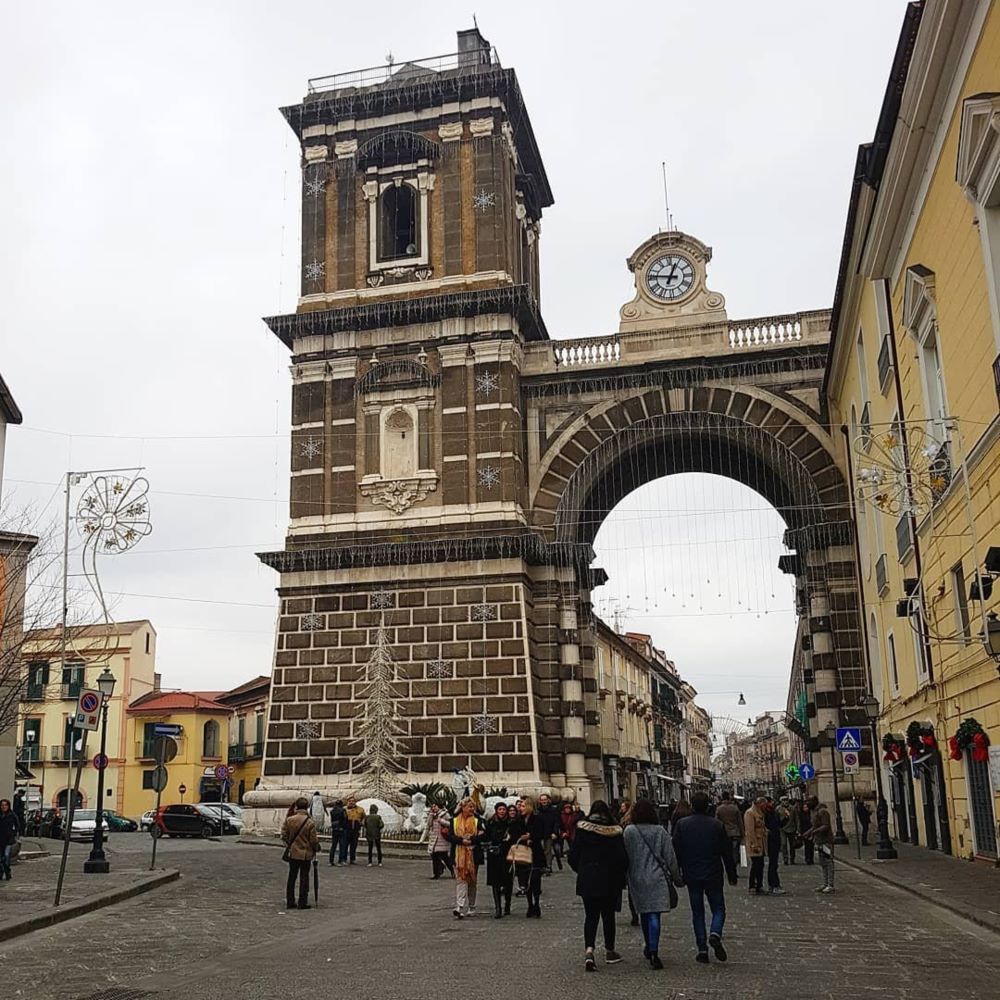 We return to the parts of Caserta and stop in Aversa, a town rich in art and history, but also a vibrant city and vital for its intense nightlife. Founded in the Norman era in 1030, the city dominates the so-called Terra di Lavoro, also known by the name of Campania Felix. Home to some great musicians such as Cimarosa and Jommelli, the city offers its visitors delicious delicacies such as buffalo mozzarella and sour wine and numerous monuments. Among these, the Cathedral of San Paolo, founded in 1053 and remodeled several times over the centuries, is certainly not to be missed: guest star of the church, Francesco Solimena with his Madonna dei Gonfalonieri on the high altar. The church and convent of San Francesco delle Monache, founded in the thirteenth century, enriched with the works of some great Baroque masters, such as Pietro da Cortona, Francesco De Mura and Jusepe de Ribera. Aversa is also rich in important and prestigious testimonies of civil architecture, where above all, the Palazzo Golia, which belonged to the barons de Conciliis, famous for having hosted Garibaldi on the eve of the battle of the Volturno of 1860 and the solemn Palazzo Gaudioso, are not to be missed. and austere fifteenth-century construction, from Tuscan memory. Let's leave Aversa, for the moment, and head towards our last stop ...

5 - Avella: between Romans, Samnites and Lombards Our tour around Naples ends with a town not very well known in the province of Avellino, but full of attractions for the tourist. It is Avella, a city that has its roots in the Samnite and Roman eras, but which can also boast some evidence of prehistoric times. The most ancient history of Avella is well told by the important Antiquarium located in via Francesco De Sanctis and by the Archaeological Area of the Monumental Necropolis in via Tombe Romane. Of particular interest and witness to a certainly more recent history is the Castle of Lombard origin dedicated to the archangel Michael, who with his size dominates the Avellino town from a hill, the imperishable symbol of the city. From here the visitor can, with his imagination, embrace the infinite beauty of the Campania region with his eyes and rejoin all the cities known in this small but fascinating journey with thought and heart.