So, you already know that Naples has three beautiful islands. Many tourists come to visit these romantic places already since the ancient times, just like the great Roman emperor Tiberius who fell in love with Capri and built 12 villas all over the island, or just like Angela Merkel who usually comes to visit Ischia whenever she finds free time. But how well do you know these islands for real? Are they for sure only three? Maybe there are more? I thought to share some curiosities about the islands of Naples. So, get ready, because some of the things can get really strange and curious.

The history of Capri: favorite destination of Roman emperors

Ancient Roman Emperors went crazy for Capri Island. The emperor August loved Capri as his vacation destination, while his successor Tiberius completely lost his head for the beautiful island and spend his last years of the throne in Capri.

It’s guessed that he had even 12 villas or even more on the island. The rests of the most famous Tiberius villas is possible to visit even today like villa Jovis or Demacuta.

The pirate Barbarossa and his visit to the island of Capri

Hayreddin Barbarossa the great Ottoman admiral of the fleet got his nickname in Europe as Barbarossa, thanks to his red beard. (Barbarossa translated from Italian means Red Beard). In Europe, he was known as a crucial pirate. Barbarossa with his troops killed or took as slaves almost 2000 Caprians. He left his footmark in Capri so deep that until this day the ruins of a previously standing castle are called the Castle of Barbarossa.

The historian and Greek geographer Strabo believed that Capri had once been united with the mainland. This hypothesis was then confirmed both by the geological analogy that links the island to the Sorrento peninsula and by some archaeological discoveries. That means that thousands of years ago Capri and Sorrento used to make one land when one day Capri just decided to go away and became an Island. It’s possible to notice that the nature and the landscape of Capri and the Amalfi Coast are similar, we can find the same plants growing in the Amalfi and Sorrento coasts or Capri.

Visit Capri and discover Vesuvius ... The legend of the island of Naples

The legend of Capri. Once upon a time, there lived two young people in love. His name was Vesuvius and hers – Capri. Unfortunately, the families of the two lovers were against this love. And to separate the couple, Capri’s family took her far away so she couldn’t see Vesuvius anymore. Capri, pregnant, heartbroken jumped into the sea and killed herself becoming an island.

When Vesuvius found out what happened to his beloved one he turned into a silent mountain that looks over Capri and sometimes when he’s not able to control his anger anymore starts to spit the ashes and lava. And if you’d take a closer look at the shape of Capri Island it really looks like a pregnant woman body lying in the sea.

Island of Capri: what are and how to reach the Faraglioni 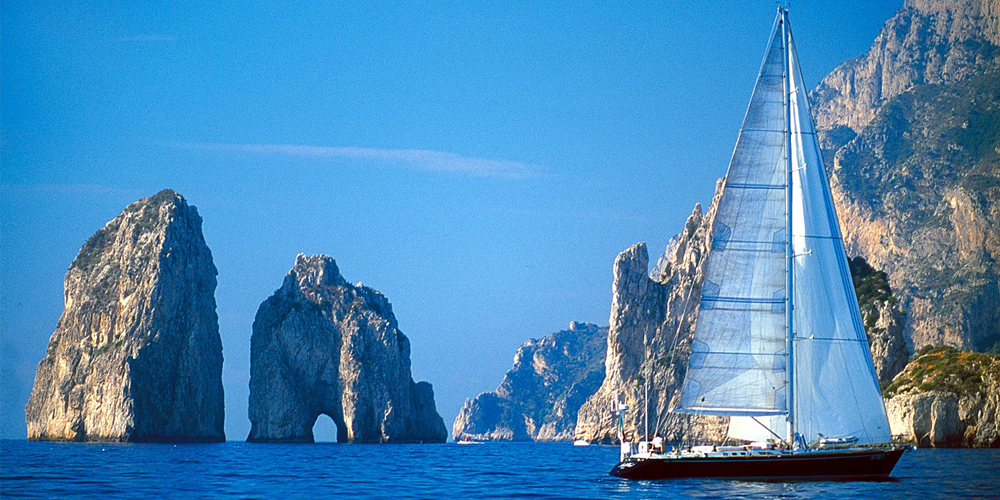 Faraglioni are the famous cliffs of Capri. In front of them, in the gardens of Augustus, beautifully romantic place you can watch one of the most beautiful sunsets in your life. The famous Faraglioni rocks in Capri are called like this because of a previously used purpose. Faro in Italian means a lighthouse. So, that means that Faraglioni used to be a primitive lighthouse, warning the sailors about the cliffs. How was it done? In an only way it could have been done in that time. Just by making a huge bonfire. Fire used to serve as today's light signal.

Isola di Vivara - A small island that separated from Procida: how to reach

Island’s origins are completely volcanic, born thanks to at least four different volcanos between 55000 – 17000 years ago. Today, thank god, completely turned off. It’s only 3-4 km away from the mainland, and only 400 meters away from Vivara island, reachable through a bridge. According to scientists thousands of years ago Procida and Vivara used to be united.

Island of Vivara: a nature reserve and a protected oasis 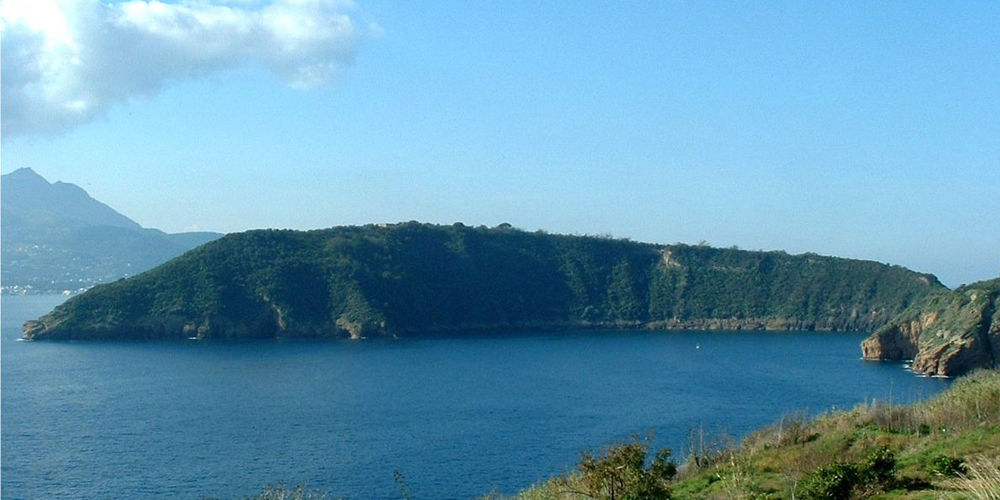 Vivara is another island of Naples, located between Ischia and Procida. It used to be one of the first Greek settlements in this area. According to the archeological finds, it was already lived by the Mycenaeans in 16/15 a. B.C together with Procida Island. Now it’s a natural park and it’s possible to visit only with a special permission.

The history of the island of Ischia: the first land conquered by the Greeks in Campania

In 770 B.C., Greeks founded the island of Pithekoussai. Now, the name pithekoi - come from Greek meaning "the monkey". So, it’s possible to interpret as the island of monkeys or populated by monkeys. Actually, there’s no trace that the monkeys lived in Ischia while in the Greek colonization period. So, or Greeks were making fun of the locals calling them monkeys or the island’s name come from another Greek word pithoi – “clay pots”. And it’s fairly believable that the second version is more close to the truth, because Greeks were really making clay pots in Pithekoussai, now Ischia.

We already know that the ancient Greeks and Romans loved the thermal baths. Ischia is full of thermal complexes thanks to its volcanic nature: 29 basins and hundreds of natural water springs. It’s said that it’s the largest thermal center in Europe. Already since the ancient times, this island was a place where people were coming to relax in the thermal baths. Now it’s possible to enjoy them in SPA or to find them in nature.

Besides Ischia, Capri and Procida there are other three smaller islands which are not touristic: S. Martino, Vivara and Nisida.

Island of Nisida: from the killing of Julius Caesar to the magnificent panorama Nisida is a beautiful small island which you can admire from the Virgilian park. The name comes from Greek actually meaning a “small island”. But don’t think Nisida is a very sweet and romantic place. There used to stand a villa of the betrayer Brutus who killed Caesar. And it’s even possible that Brutus and Cassius, allies to a conspiracy to kill the great Emperor, were planning the crime on this island. Also, Brutus wife Porzia killed herself in this villa and now the island of Nisida is a teenage prison.

So much of a small beautiful island.