Legends, a mummy and street art: the Irpinian village of Bonito

The history of the village of Bonito 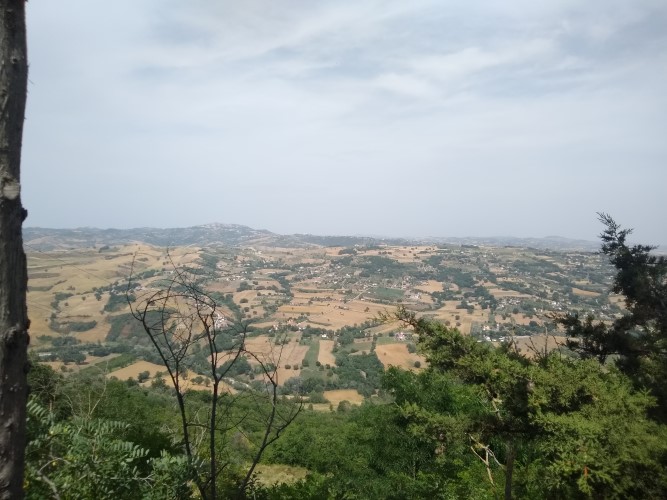 Bonito is a village of 2258 inhabitants in the province of Avellino, close to the area of Benevento. It is at the base of the green Calore and Ufita Valleys.

Bonito is a hilly village founded in the Middle Age in a land known for its fertility. Its Longobard Castle dominates the town: it had a share-shaped, but now, it left only four cylindric towers and the wooden forklift.

Its origins are older. We think this because of the ruins of ancient Roman baths, found near a mineral spring, known as Vetecala or Veticale, near the village, in the area of Morroni.

The history of Salvatore Ferragamo starts from Bonito Maybe, not everyone knows that Bonito is the place where Salvatore Ferragamo was born in 1898. His passion for fashion started making the shoes for his sisters.

He started to work as a shoemaker in Torre Del Greco. Then he went back to Bonito for getting married and opening a little shoe shop, where he made custom-made shoes for the ladies of the village.

After a couple of years, he left Bonito to go to the U.S. for reaching his brother in Boston and work in a shoe factory. After a short stay there, he decided to move to California: at the beginning to open his custom-made and preparing workshop. Then he went to Hollywood and became the stars' shoemaker.

After many years in the U.S., he went back to Italy and settled in Florence, where he opened his historic artisanal laboratory, still today a guaranty of quality and luxury.

The Museum of the Lost Things in Bonito 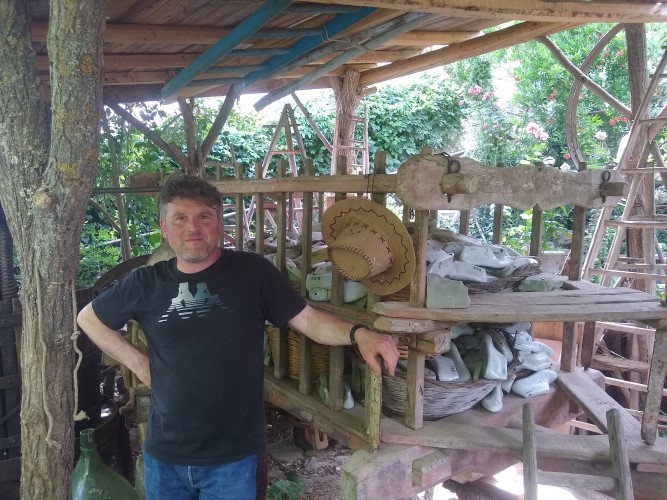 In Bonito, there is a man, Gaetano Di Vito: since he was 10 (now he is 45), he collects rare objects of daily use. From this passion, a museum was born. It is in Vico Masaniello, into an orange house that an old noblewoman of Bonito donated to Gaetano.

The Gaetano's museum is a real permanent exhibition, started as a spontaneous and personal collection of agricultural tools and then expanded to any old object he founded. In Gaetano's collection, also a piece of meteorite founded a day in Bonito's countryside.

The museum is open every day. For your visit, you need to contact Gaetano Di Vito.

Visit Naples went to Bonito to meet Mr Geatano. He was very kind during our quick visit. After we visited his house/museum, he showed us also Pagella - Buongiorno House. It was the house of the family of the musician Vincenzo Buongiorno, a famous cellist that was born in Bonito. He had to move to Germany for fortune and, during his career, collaborated with the famed composer Giacomo Puccini.

Chapel and Mummy of Vincenzo Camusso

Vincenzo Camusso is a mystery character that the Bonito's people venerate as a saint for more than two centuries.

He is in a chapel that was part of the Church of Oratorio di S.M. Annunziata of 1200. The church was destroyed during the earthquake in 1962 and then recovered thanks to the support of Bonito's emigrants and the prior Crescenzo Petrillo.

Inside the church, they built a niche with Vincenzo Camusso's mummy, a friendly called Zì Vicenzo (Uncle Zincenzo) by the locals.

Considering the burial's method, he may date between the late 17th century and the beginning of the 18th. During that time, there was the use of desiccating the corpses. They collocated the bodies in the underground, on a circular stone seat with a hole in the centre. Under this, there was some sand, where the draining of liquids happened.

The history of Bonito's mummy has gone around the world with its "shadow" of mystery and truth. There are many versions of this popular tradition which, for two centuries, attributes to the mummy thaumaturgical powers, as show the many votive images in its little temple. 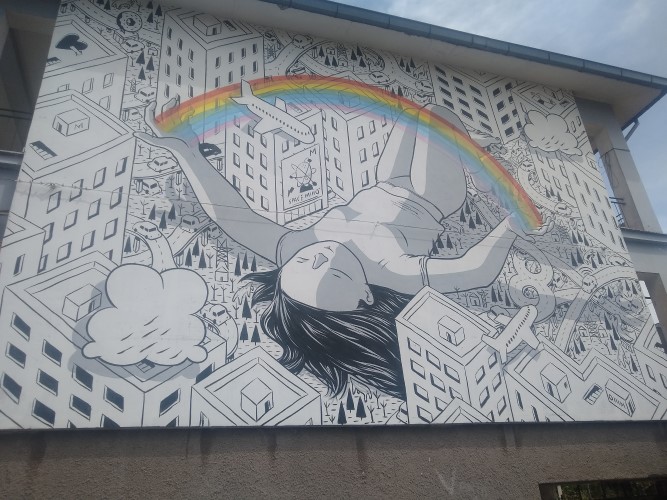 Bonito has become a real open-air museum with its graffiti. Thanks to the Collettivo Boca, international street art's artists drew the walls of the village and gave it a new aspect.

The big dimension works don't impact in any way with the earlier artistic tradition of the buildings. Contrary, they elegantly renew the building.

Street art gave a new way to use the urban space. With these graffitis, the artists don't want only to decorate the urban aspect, but also to make people reflect watching them.