A visit to Naples can become a gastronomic tour as well: there are too many unique and incredible preparations that this city has to offer. A walk through the historic center is enough to be literally overwhelmed by so many different scents: spectacular fried foods, sweet aromas of sugar and liquor, the smell of coffee in every corner of the city! The shop windows full of delicacies are a real threat to one’s figure, but also the promise of moments of pure happiness. You have to give in! Below is a short list including 7 dishes you can't not taste to really experience Naples! Just ask any Neapolitan, and he will certainly confirm how much these recipes are indispensable for their tradition. Trying is believing.

The sfogliatella: a dessert in two versions Every self-respecting Neapolitan has surely eaten so much sfogliatelle as to lose count, and continues being crazy about it. As well as anyone who is in Naples, cannot avoid tasting this spectacular dessert, whose origins date back to the 18th century. Actually, the first sfogliatella was baked in the province of Salerno, in the conservatory of Santa Rosa da Lima in Conca dei Marini. Legend has it that the cake was born almost by chance, made with the leftovers of the convent: semolina dough, dried fruit, sugar and limoncello. In order to obtain the sfogliatella that all Neapolitans know and love, it was necessary to steal the recipe because, it seems, the pastry chef Pasquale Pintauro took possession of the secret recipe of the convent, and by making changes he decreed the birth of the typical Neapolitan sfogliatella. The fact dates back to 1818, and provided for the filling still in use today: semolina, ricotta cheese, eggs, sugar, candied fruit and aromas. There are 2 different versions of sfogliatella: “riccia” (curly), which is made with puff pastry on the outside, and “frolla”, made with the short pastry, named precisely “pastafrolla” in Italian. This division has created real and proper schools of thought, affirming the superiority of one or the other version. There is no absolute truth about this, the suggestion is simply to try!

The baba: history of its reinvention A cake being really part of Neapolitan's imagination is with no doubt babà, so much that it has become a real adjective, used to pay a compliment with sympathy to someone. Also Babà is a pie born outside the Neapolitan capital and then reinvented to became an important part of the culinary tradition of Campania. The inventor to whom is attributed the creation of baba is a Polish king, Stanislao Leszczynski. Then, various rounds of marriages and relatives allowed the arrival of the recipe in Italy. Here the preparation of baba has been perfected in time and only master pastry chefs master the secret technique of leavening this dessert delight. After the dough has been leavened for a long time in a mold giving it that very recognizable mushroom shape, it is baked in the oven. Once baked, the process which makes it so delicious is not yet complete, as it must be soaked with a solution made of sugar and rum, or limoncello. In the Neapolitan way, now it is "nu babbà"! 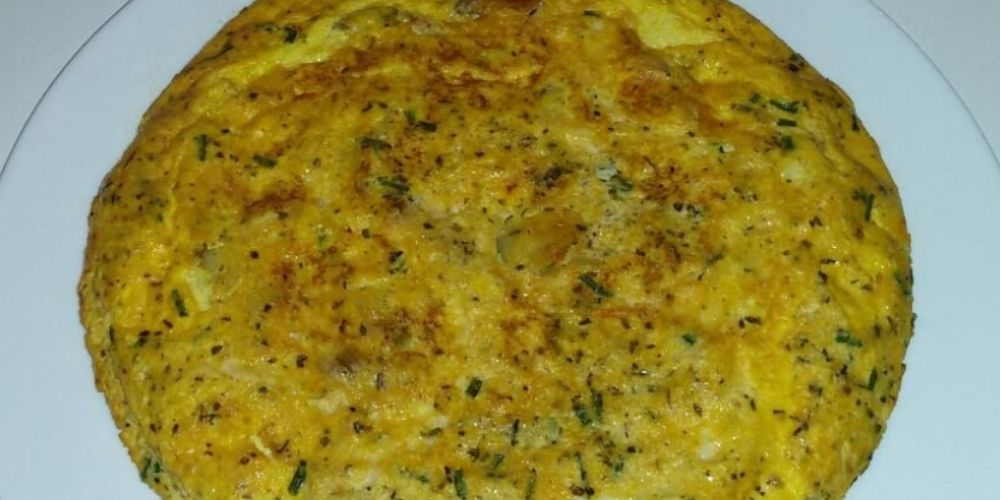 Macaroni omelet is a poor dish, created in order not to waste leftover pasta and to make it tasty and nutritious with few ingredients. It is a very ancient recipe, of which even the illustrious Goethe remembered. What has changed in the course of time is the addition of so called "luxurious" ingredients, which increased the number of variants of a dish being already in its origin not light at all! As the name suggests, it is therefore fried pasta, the legendary macaroni baked with eggs and cheese, to which have been subsequently added also cheeses in pieces (provola, caciocavallo, scamorza) and cold cuts such as ham or salami. Some variants include the use of tomato, whereas others make it smaller: the legendary frittatina, often served as an appetizer in pizzerias and fry shops and which has often decreed the fame of some restaurants preparing it in a workmanlike manner.

From French gateau to potato gattò: a recipe between France and Naples 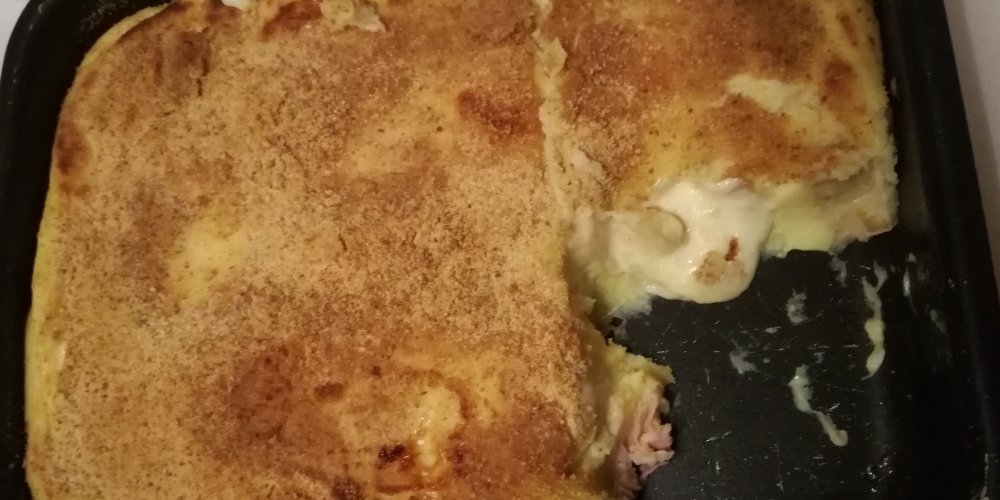 Potato “gattò” derives from the French word gâteau (meaning “cake”) and it is in fact the result of a splendid mixture of Neapolitan and French cooking, dating back to the end of the eighteenth century, at the time of Ferdinand I of Bourbon. It is said, in fact, that the first gâteau were prepared for Ferdinand's wife, Maria Carolina. Gattò is a delicious savoury pie made of potatoes, to which are added eggs, mozzarella cheese, provola cheese, salami and ham. This soft timbale is then sprinkled with breadcrumbs and baked in the oven, thus creating that delicious crust creating the typical contrast between internal softness and external crunchiness. Gattò is an extremely versatile dish, which can be eaten both as a single course and as a tasty second course. Cooled and cut into pieces, it can also be used as a fun appetizer or as part of a buffet. It's really impossible not to adore this incredible dish, simple and explosive at the same time!

Genoese: a recipe that hides stories and legends 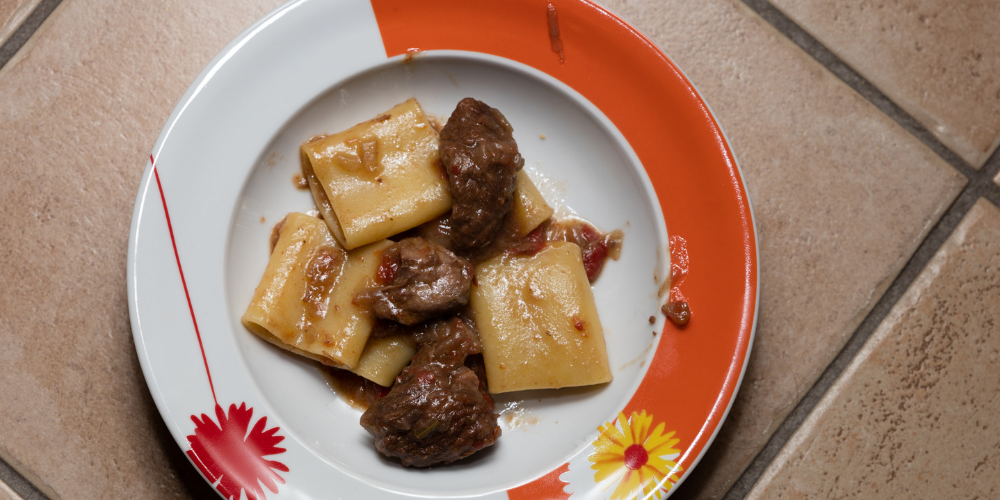 Genovese is a typical Neapolitan white sauce made with onions and beef, requiring very slow cooking. The typical pasta to be served with is ziti, broken by hand, or mezzane. But how come a sauce called “genovese” is one of the most important dishes of the Neapolitan tradition? Well, there are many legends about it and it seems that the most truthful one associates this sauce to the time when it was invented, which saw circulating in the city mercenaries from the canton of Geneva from which deriving the mispronunciation "genovese". Other legends want this sauce to derive from the work of Genoese cooks operating at the port of Naples between the fourteenth and the fifteenth century. This rumor seems to be unfounded because in Genoa most of people are not aware of the existence of this pasta. Regardless of its origin, this delicious dish definitely deserves a taste: the slow cooking allows the onions to become a tasty cream with a unique flavor that Neapolitans love. In short, genovese is a must-try, unless you have an intolerance to onions. 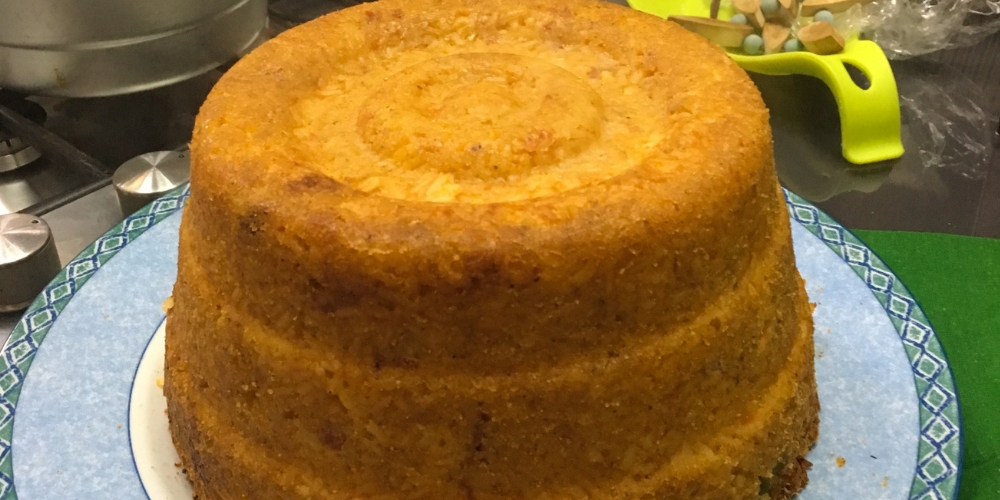 Rice sartù is a dish very connected to the Neapolitan capital city, and in fact it is peculiar for Neapolitans having a dish made of rice, as the main ingredient of their first courses is almost always pasta! According to legends, it would seem that even rice sartù was invented at the court of Ferdinand I of Bourbon, where the cooks, cunningly, tried to find a stratagem to make rice pleasing to the sovereign. So they created this delicious baked timbale, which thanks to the use of breadcrumbs on the surface, allowed to hide the content. The sartù can be white or red (obviously with the addition of tomato) but the procedure and the ingredients remain more or less the same. Sartù is also an excellent dish of recycling, as almost everything can be used to make it: peas, boiled eggs, meatballs, sausages, bacon, fiordilatte or provola. Even the tomato seasoning is not just a simple sauce, being instead a very tasty Neapolitan ragout! No one can remain indifferent in front of a good Neapolitan rice sartù, so the advice is definitely to try it.

A recipe for a first and second course: octopus alla luciana 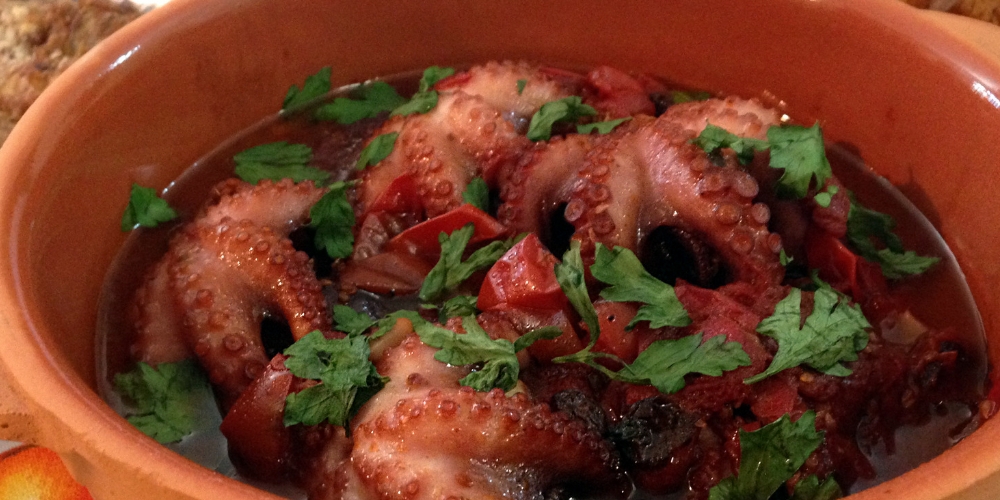 Luciana octopus is the last recipe in this list, but certainly not the least. This is a typical Neapolitan preparation involving an octopus stewed in a casserole and seasoned with tomato sauce, capers and olives. Once cooked, the recipe includes the addition of chopped parsley. The important thing is that, during cooking, water is not to be added at all: this rule also gave life to the famous Neapolitan saying “'O purpo se coce dinto a ll'acqua soja” (octopus is to be cooked in its own water). It is defined as Luciana style because of the district of Santa Lucia, a seaside village where this recipe was invented. Luciana octopus is an extremely versatile recipe which can be used either as a first course, with the addition of spaghetti, or eaten as a second course. Not to be underestimated is the possibility to make this dish a delicious appetizer, with the simple addition of croutons. To define this recipe there are only two adjectives: simplicity and taste!.