Five women who made the history of Naples

According to legend, Naples itself was born of a woman, a mermaid to be exact. The beautiful Parthenope, who landed already lifeless, and the fishermen buried her where Castel dell'Ovo stands today, electing her as the protector of the community and the city as it developed.

But also in the history of Naples, many female characters have been and continue to be symbols of hope and emancipation, fighting for social and cultural identity and their rights. We have already talked about some of them. Still, we at Visit Naples don't like to repeat ourselves, so we present others today.

5. Maria Puteolana: the Virago of Pozzuoli 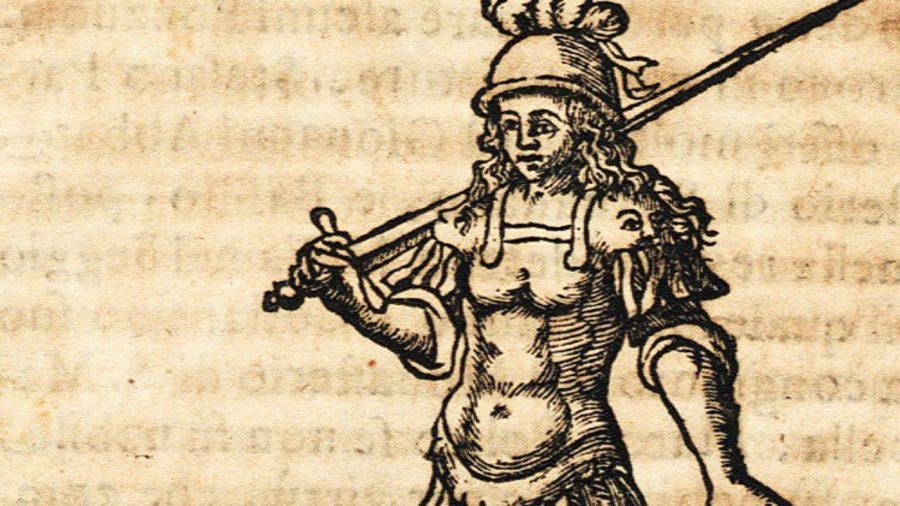 A character somewhere between legendary and real. We have a few sources about Maria Puteolana. We only know that she was born in Pozzuoli in the 14th century under Angevin rule.

From what little we know, Maria was a very modest girl, without vices of any kind, loved the outdoors, was of sound principles and a virgin until death. She was a woman of moderate morals, abstemious and sober in food and words.

Even as a young girl, she refused to follow the dictates of the female role, preferring to challenge her peers in contests of strength and skill. Soon identified her as a tomboy. Later, in adulthood, she was also nicknamed Maria, the madwoman.

She loved her land so much that when she saw Saracen pirates attack it, she decided to go down fighting with the men. She was the world's first female soldier. She never gave up and fought to the death at the hands of her enemies.

Today a street in Pozzuoli is named after her.

She had unusual and very rare agility, strength, age, bearing, and the desires of a brave man; she used not cloths but bows, not needles and mirrors but arrows and brooks, and in her body not kisses and lasciviousness but wounds and honoured scars.
Francesco Petrarca

One of the few references confirming the actual existence of this female character is given to us by Petrarca, who met her during his stay in Naples at the court of Robert of Anjou.

Francesco Petrarch was in Naples to receive the famous laurel wreath. During his stay, he asked the king to visit Pozzuoli to meet the 'most famous virago Maria, later called Maria Puteolana'.

The poet mentions her in the fifth book of the Epistolae Familiares, specifically those dedicated to Cardinal Giovanni Colonna, so that 'nothing of her would-be forgotten in time'.

4. Artemisia Gentileschi: painter and intellectual of the 17th century 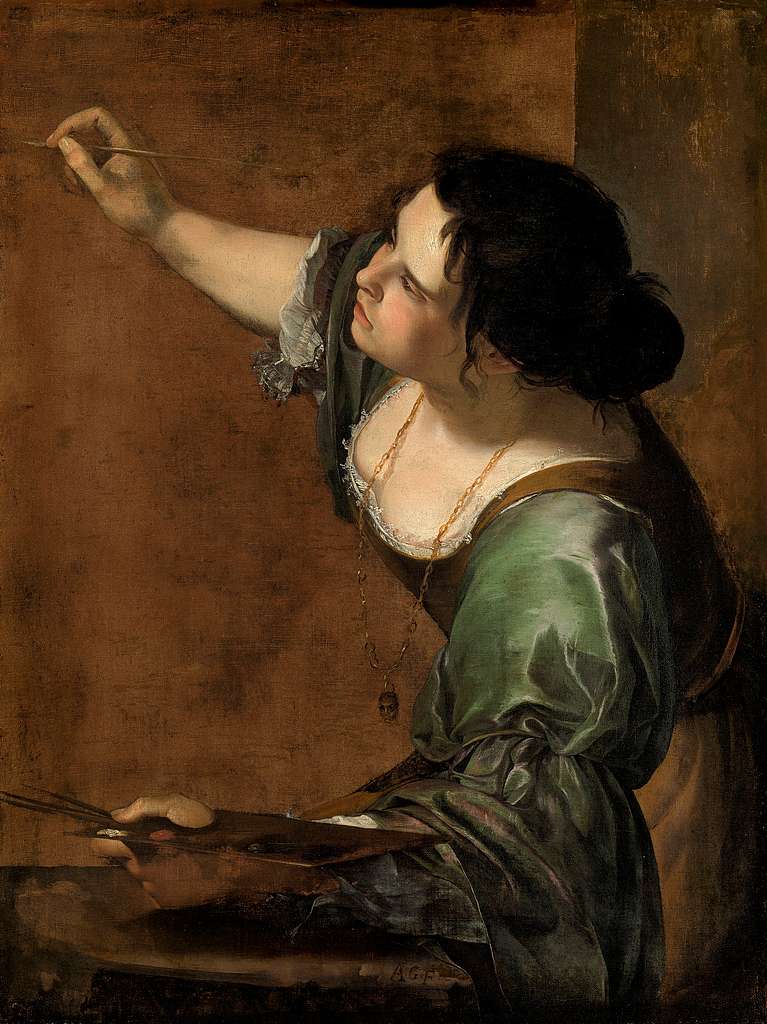 In the 17th century, as in many other eras, women couldn't contemplate an academic career, let alone a political one. They had to have a great deal of cunning and luck required to make their way in education, succeed in studying, and travel.

A proof of this was the tumultuous life of Artemisia Gentileschi, for whom even being the daughter of the famous Orazio Gentileschi, a painter of the Caravaggio movement, did not open all doors to her quickly. It was not easy for her to make her enormous talent known and appreciated, untie it from her father's, and claim that she belonged to him directly.

Artemisia and her desire for redemption in works for Naples Artemisia Gentileschi was not born in Naples but Rome. However, she was welcomed in our city in 1630 and lived there until the end of her days.

The artist who arrives and gets to know Naples is a woman shaken and full of anger. In 1611, before she decided to come and live in our city, Artemisia was raped by Agostino Tassi. This event would dramatically mark her life and her art.

In the Capodimonte Museum, we have her artwork "Juliet decapitating Holofernes", painted by the artist between 1612 and 1613. By this, she expresses all her anger, desire for redemption and denunciation.

The trial for the violence she suffered and art represented her struggle for emancipation and her revenge against the abuses of a male-dominated society.

Once in Naples, she finally obtained accurate recognition as a female artist. She had valuable and important commissions, including the San Gennaro for the Cathedral of Pozzuoli. 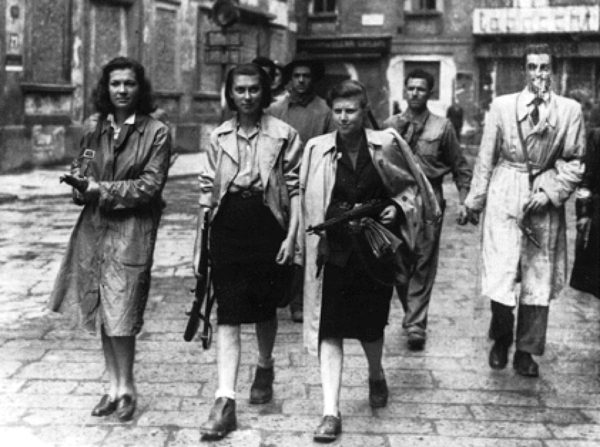 During World War II, Naples was among the first Italian cities to face the Nazi-Fascist troops. After the armistice of 8 September, which identified Italy as the new enemy of the Germans and no longer an ally.

All remember the Neapolitan resistance as The Four Days of Naples. The Neapolitan population rose after years of despair and misery.

On this occasion, too, women, together with the Femminielli, represented the soul of that revolution. We want to mention two of opposite social extraction but of the same principles: Maddalena Cerasuolo and Luciana Viviani.

But on the twenty-eighth of the same month the people rose up against massacre and abuse, and I was also behind the barricade, a girl full of love for her country. I found a machine gun And I shot, shot, shot at the trucks and the tanks...
Maddalena Cerasuolo, La Mitraglietta 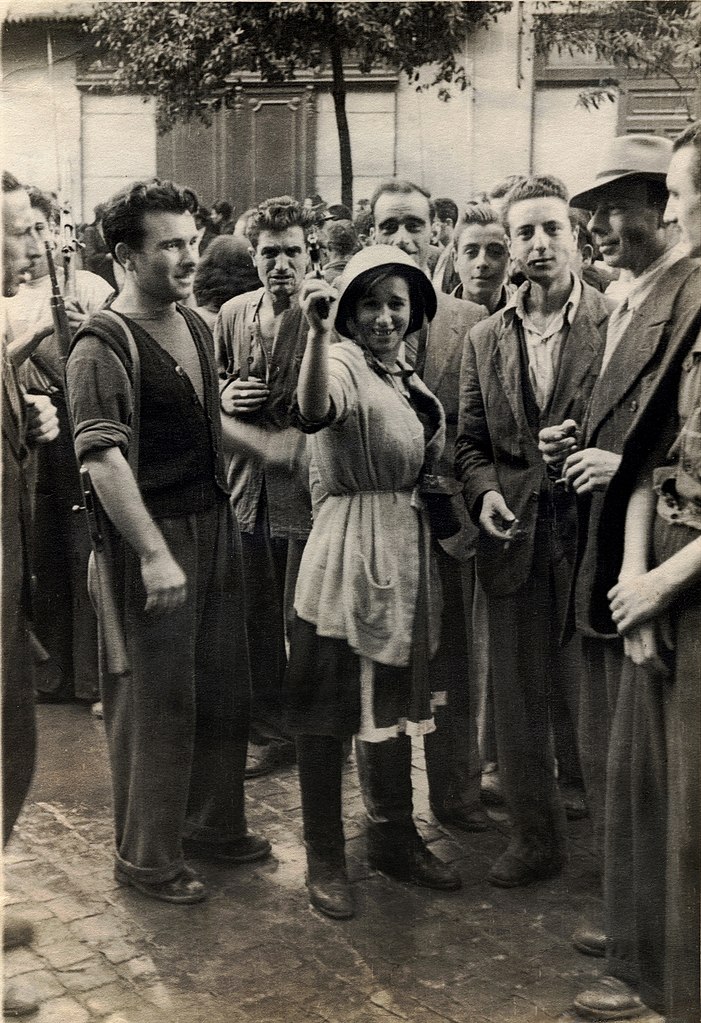 In 1943, Maddalena, known as Lenuccia, was 23. She lived with her parents in Vico Neve in Materdei. The allies were heavily attacking Naples.

On 27 September 1943, the allies captured thousands of people. Hundreds of Neapolitans reacted by staging the popular uprising, known as the Quattro Giornate (Four Days), which earned the city the Gold Medal for Military Valour for the Resistance.

Maddalena worked as a worker in a shoe factory and voluntarily joined the group of partisans. Became an active participant in defence of the Materdei and Stella districts and, together with her companions, saved the Sanità Bridge. The bridge that now bears his name. For this, he received a bronze medal for military valour.

Luciana Viviani: one of the first women elected to the Italian Parliament

Born in 1917, Luciana Viviani is the third child of the author and theatre actor Raffaele Viviani. From her father, she inherited a love of art and culture. Still, above all, the ability to observe the world, gather people's stories and be their spokesperson. She graduated in foreign languages and literature and was already involved in anti-fascist militancy during her university years.

She was an indomitable anti-fascist and feminist warrior. She fought, in the front line, the essential Italian battles of the 20th century. From the Resistance to the struggles for women's emancipation, she pursued her political and civil commitment with untiring passion.

She actively participated in the founding of the Communist Party in Naples. She was one of the first women elected to the Italian parliament, serving four terms from 1948 to 1968. Not to be forgotten is her active participation in the Italian Women's Union (UDI) from its inception in 1944.

She made the fight for women's rights her reason for living. She carried on all kinds of battles and campaigns for freedom of motherhood, divorce, abortion and nurseries. 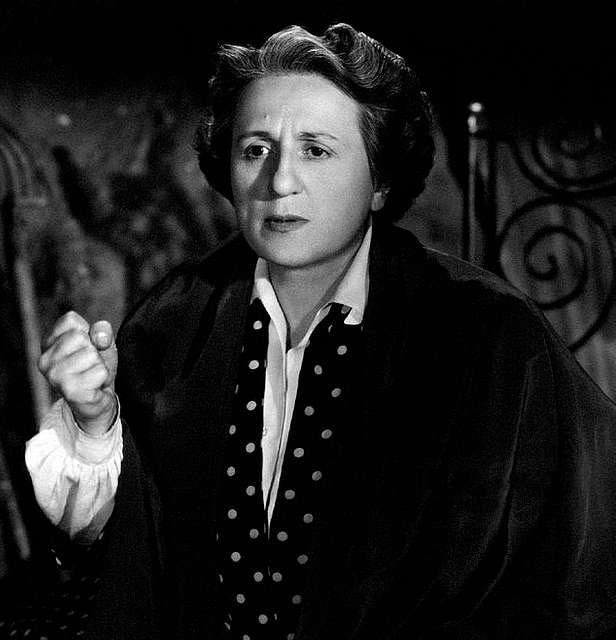 Titina De Filippo is the first of the famous De Filippo brothers (with Eduardo and Peppino) born from the union between Eduardo Scarpetta and Luisa De Filippo. Not only Eduardo's sister but a true icon and model for Teatro Napoletano.

Like others, the real women of Naples, Titina moulded the faces of fictitious and legendary Neapolitan female characters, giving them authenticity and immortality.

For everyone, Titina has been, and will always be Filumena, and vice versa.
Eduardo De Filippo

Titina and her Filumena Marturano

Like Eduardo and Peppino, Titina set foot on the stage as a child. At the age of seven, she made her successful debut at the Valle in Rome, in Miseria e nobiltà by Eduardo Scarpetta, in the role of Peppeniello. A photograph shows her dressed as a boy, with a bold air and a Guappo look.

Thus began her theatrical career, which reached its peak with her unforgettable interpretation of Filumena Marturano. A character was written for her by her brother Eduardo.

She was a mature woman who used to work as a prostitute. She pretends to be dying to be married at the point of death.

Titina De Filippo played this character intensely, feeling and living with her struggles to recognise her dignity as a woman.

And here she is, the one who needs no introduction and certainly cannot be missing from the list. Sophia Loren is one of the most beautiful and talented actresses in Italian cinema and the world. Born Sofia Villani Scicolone, she was born in Rome but moved to Pozzuoli as a child.

She became part of the world and history of cinema in the early 1950s. A unique filmography is full of cinematic masterpieces such as: "Scandal in Sorrento", "Italian Marriage Style", "Yesterday, Today and Tomorrow", to name a couple.

In July 2016, she was awarded honorary citizenship in Naples.

A man's imagination is a woman's best weapon.
Sophia Loren Among the many awards the actress has won in her long career, we must certainly mention the Oscars she has won, one of the most famous film awards in the world.

The first was in 1962, for Best Actress in the film La Ciociara directed by Vittorio De Sica. For the first time, an Italian actress for an Italian movie won the award.

The film is an adaptation of the same name by Alberto Moravia's book, which aims to denounce the violence against civilians by Allied troops during the Italian Campaign. Sophia Loren plays Cesira, the protagonist, a widowed mother. To escape the bombings and the pitfalls of war, the latter flees Rome with her 12-year-old daughter to return to her home town.

The journey met with many difficulties. They experienced a tragic episode of violence suffered at the hands of a group of soldiers during the trip, which leaves her daughter Rosetta with unresolved trauma. Anyone who has seen the film cannot forget this scene and the intensity of Loren's performance, who was only 26 at the time.

The second Oscar was awarded to her in 1991 to honour her career, which still manages to touch the hearts of everyone, despite everything, without abandoning her Italian soul and accent.