The historic Universities in Naples: Federico II and L'Orientale

How did Naples become university headquarters? 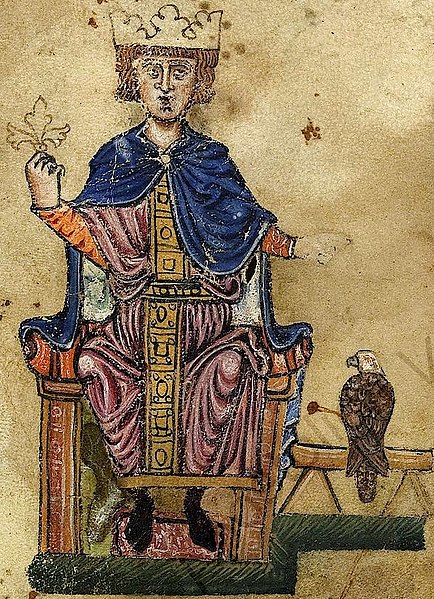 Before speaking specifically about these two universities, excellent academic and historic city symbols, we explain why Naples has become the place of education for university headquarters.

University education arrives in Naples during the Middle Edge, thanks to Frederick II. He wanted the new Studium (University) as an actual booster centre for the entire Raign and Empire, so the choice must fall onto a central region and be easily reachable. Campania, for its location, trading centrality and favourable weather, was judged as appropriate.

In addition to these geo-economic reasons, there was another one: most of the Chancery clerks came from Campania with a law culture obtained by university's studies. During the Middle Age, the region was more extensive than now, reaching the current southern Lazio.

So, Campania was the more suitable region to host the University headquarters. But why Naples and not another region's city? In Salerno, there was the old and prestigious Medical School. In Capua, many rectors and scholars like Piero Della Vigna were born.

If Frederick II chose just Naples among the other cities, it was for a political objective: Frederick wanted to restore peace. Indeed, Naples was the last to bow down to Roger II and resist Erik VI's siege, Frederik II's father, for three years. In the end, in 1211, Naples fought back Frederik II supporting Otto IV.

In any case, the choice was profitable for Naples, of course. It grew up, not only from a cultural point of view but commercial too.

Università Degli Studi di Napoli Federico II was founded on the 5th of June 1224 by the Holy Roman Empire's Emperor and Sicily's King Frederik II from Swabia. It is the oldest secular and state university globally. It means that it was the first not to be founded by Intellectuals and students corporations and associations, but by a sovereign provision.

Founding this university, Frederik II would allow his ruling class (jurists) to study into the Reign. In this way, he spread cultural education to more people without going abroad and spending money studying.

In the beginning, the studies focused on law, liberal arts, medicine and theology. Unlike the others, this one used to teach in religious places, particularly inside the Convent of San Domenico Maggiore.

During the different dominations of Naples, the university closed and opened for different reasons, till it reopened in 1507.

Under Bourbons, the university added chairs of Astronomy and the first in the world of Mechanics and Commerce, that is, Political economy. During the decade of French rule (1806 - 1815), it created the first chair of Zoology in Italy.

Unfortunately, with the unification of Italy, the University of Naples took a hard hit. It had to follow Casati's rule, a rule strongly hierarchical that used to privilege private schools. That is why it must face many difficulties with the other cities of Italy with many private competitor universities. Thanks to other specific rules designed to standard the Italian University, the Neapolitan university was able to break down the differences.

Between the 19th and the 20th centuries, Federico II University came back to be an institution of great success, particularly under the scientific profile. Here, it was born the first Italian chair of Genetics.

Unfortunately, followed many other difficulties, in particular under the building and organizing profile. During the Second World War, the Germans burnt its headquarter.

Today, Università Degli Studi di Napoli Federico II owns 24 buildings. Some are outside Naples, like its Faculty of Agriculture in Portici and its Viticulture & Oenology Degree Course in Avellino.

In the beginning, the University did not have "officially" physical locations. It was a secular university, but it often used churches and monasteries for its classes, such as Convent of San Domenico Maggiore or Convent Salvatore (even if it did not have more Jesuits). Since 1616, the university headquarters was the Palazzo Dei Regi Studi (today, the National Archaeological Museum of Naples).

Only between 1897 and 1908, they built the Palazzo dell’Università Degli Studi di Napoli Federico II, commonly known as Headquarters. It is in Corso Umberto I N.40, on the corner of Via Mezzocannone.

The building is in neo-baroque style and rises close to the old one of Casa del Salvatore. The new one has a link with the old one.

Pierpaolo Quaglia and Guglielmo Melisurgo (the architects) linked it with the old headquarters by a staircase on the back, the so-called Minerva's Staircase. It starts into the Palazzo dell'Univeristà's yard and finishes into the Jesuit yard, overcoming a gap of more than 7 mt.

On the entry, its marble staircase mainly sticks out. Two sphinxes in Piperno skirt it: they are works of Alberto Ferrer and Domenico Pellegrino. On the bottom, there is the central pediment with the university motto engraved: Ad Scientiarum Haustum et Seminarium Doctrinarum (In the sciences font and the knowledge hatchery). L'Orientale takes origin from the Collegio dei Cinesi, founded by Matteo Ripa. He was a missionary priest who, between 1711 and 1723, worked as a painter and copperplate engraver to the court of the Chinese emperor Kangxi. When he came back to Naples in 1724, he brought with him four Chinese young men and a teacher of Chinese language and culture, with the target to create a new didactic nucleus.

The official recognition of his institute was in 1732 by Pope Clemence XII, with the name Collegio Dei Cinesi. It proposes religious education and priestly ordination of young Chinese men who promoted Catholicism in their country.

Among the other proposes, also to educate interpreters, experts in the Indian and Chinese languages. They had to be to the service of the Ostend Company, built in the Netherlands with the favour of Charles VI Hapsburg, to establish commercial relations between the Far East and the Habsburg Empire, in which the Raign of Naples was part.

After the Unification of Italy, the institute was called Real Collegio Asiatico and added other new languages, such as Arabic, Hindi, Russian, Urdu, modern Greek, Persian. With a reformation in 1888, it was not more an institute for priests, but it became a proper University.

Only in 2002, it took the current name of Università degli Studi di Napoli “L’Orientale”. Its peculiarity is in its unicity and diversity.

Today, it is the only university in Italy to offer a humanistic education exclusively. It offers the youth a complete education about the contemporary reality of different ethnic groups. It offers the opportunity to confront and get in touch with different worlds and cultures and authentically study them.

Other L'Orientale's relevant disciplines are archaeological studies, through excavations in Europe, Asia and Africa, and international relations studies.

Then, its centuries tradition in studying Asian and African cultures and languages made it possible to activate the study course in International Relationship with Asia and Africa. Some students passed the challenging exam for a diplomatic career.

The buildings of L'Orientale: Palazzo Giusso and Palazzo Corigliano 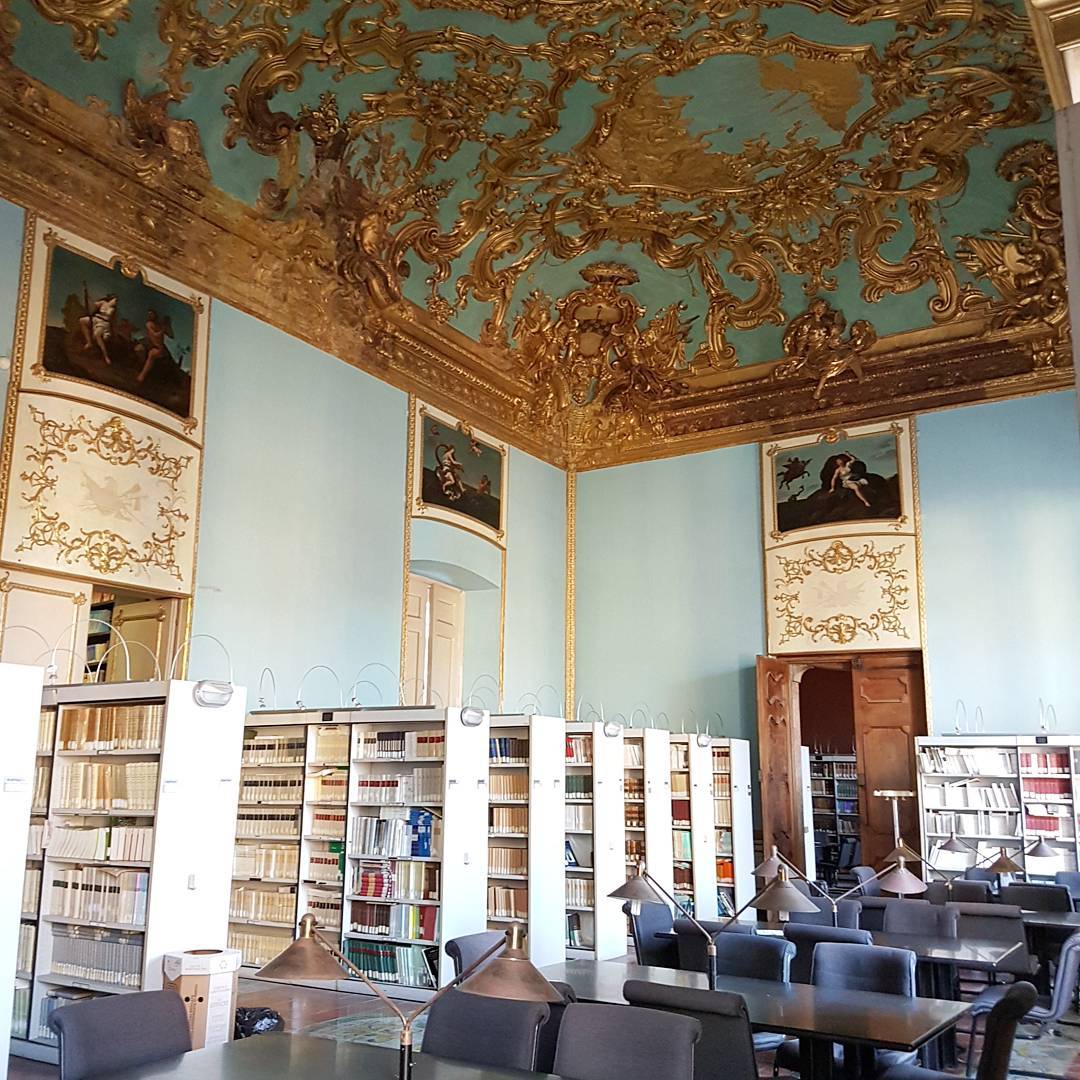 Today, L'Orientale owns five buildings around Naples; the main one is the oldest of Palazzo Giusso. It is a Renaissance palazzo located in Largo San Giovanni Maggiore.

In the beginning, it was a noble house with a citrus grove with a sea view (which, at that time, arrived in the current Corso Umberto I).

It took its current name in 1828 when the banker and Compte Luigi Giusso bought it to make its bank house. He did essentially inside and outside restoration works, attested by the commemorative plaque that it is possible to see today in the yard inside the building.

Istituto Orientale started its classes here in 1932. In the begging, they rent a part of the halls and the next year, and they bought the entire building.

On the piano nobile (current 4th floor), the magnificent Library of Asiatic Studies contains Eastern texts of great value. It is in the Galleria Grande, decorated with 18th-century paintings.

However, the authentic palazzo's jewellery is the Duke's Cabinet, an office with walls covered by mirrors and embellished with delicate inlaid and golden wood decorations, representing esoteric and mythological scenes.