Campania: one of the regions with more blue flags of Italy in 2021

Campania one of the regions with more blue flags in 2021

Campania with only two provinces facing the sea (Naples and Salerno) is second for the number of Italian Blue Flags. It takes the place of Tuscany that loses three locations and it is surpassed only by Liguria with 32 locations.

In 2021, Campania gained 19 flags, 5 in the district of Naples and 14 in that one of Salerno. The region obtains a new flag in Camerota but loses that one in Ispani.

For Campania, this is an important success that confirms the results of the last years, with a progressive climb up in the chart of the best Blue flagged Italian regions.

The blue flags 2021 in Cilento

The most Blue flagged in Campania is Cilento with its clean water. This year, in less than 200 kilometres of coastline, it gains 13 flags.

The new entry in the chart is Camerota, which has launched three purification plans in one year and it wins also for other evaluation criteria, such as no architectural barriers, a high proportion of differentiated collection and many projects of environmental education.

The Blue Flags 2021 in Campania

Every year, the "awards" of FEE (Foundation for Environmental Education) promote Campania and its sea, re-launching the region's tourist locations, also given the restart of the Summer season.

Among the islands of the Gulf of Naples, Anacapri has received recognition for its wonderful waters in Grotta Azzurra, Faro, Punta Carena and Gandola.

In Sorrento Coast, four locations have the Blue Flags: first of all Vico Equense, followed by Sorrento, Piano di Sorrento and Massa Lubrense.

Among the well-known locations of the Amalfi Coast, Blue Flag 2021 is Positano, thanks to its waters of Grande beach, Arienzo beach and Fornillo.

The assignment criteria for the blue flag 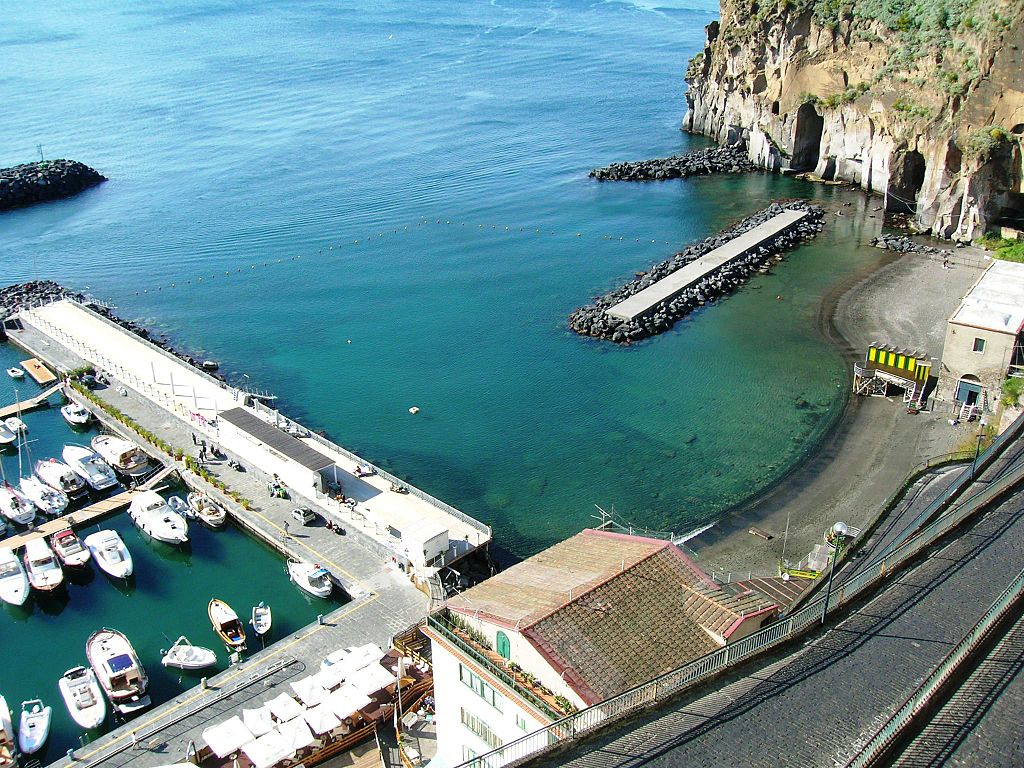 The Blue Flags are assigned to coastal towns and tourist ports, according to some precise standards and criteria. They have to respect 32 strict criteria that are annually updated: sea and beach cleaning, policies of environmental protection, like the separate collection of waste and the spread of cycle paths, green areas, pedestrian areas and also tourist services and accessibility on beaches.

National (or international) bathing areas must have almost one sample point to analyze the bathing water. The beach must have the necessary facilities and standard criteria about the waters' quality and more.

Other decisive elements are the accessibility of the area, services provided, levels of safety guaranteed, environmental governance in the area. The inspection of the beaches made by FEE happens incognito and without notice.

Vico Equense has done an excellent job for its sea-waters. It is the largest municipality of the entire Sorrento Coast and extends from one side to the other of the peninsula. It is a place rich in beauty and wonder, like its intense blue sea, often streaked with reflections ranging from green to lighter azure.
Some of its most famous beaches have obtained approval for Blue Flag of this year:
Bikini: Beach Club where you can immerse yourself for a pleasant, relaxing day, on the background of fine gravel and clear sea, cured wood and large green plants. It is considered one of the most enchanting natural sitting on the Sorrento Coast.
Srajo Beach: whose Latin name means “steep” and it is a clear example of what the landscapes of the entire Sorrento Coast are in general. The beach is located on the east coast of the peninsula, close to the most urbanized part of Vico Equense, near a thermal spring that, consequently, the water temperature can vary.
Marina di Vico: along the rugged coast, rich in bays, it is characterized by typical buildings with the roof made with casks; it has equipped beaches and a small port. It is linked with the city centre of Vico Equense from a large route, along which is possible to admire the ruins of an ancient Roman villa or, walking up the stairs in Via Castello, the walls of the Medieval castle known as Castello Giusso. Then, among the grass the ruins of 1640-ancient-mills.
Marina di Seiano Ovest Porto: Seiano is a village of Vico Equense and its beach is very popular among locals and tourists. Nearby there is Marina d’Aequa, an old fishing village with a rocky and sandy beach and a little harbour.
Blue Flags in Vico Equense: a luxury seaside of a Five Stars Hotel that offers an easy descent into the water of the sea. The rocky cliff that characterises the landscape of this stretch of coast is on the border between Castellammare di Stabia e Vico Equense.