Guide to the Sorrento Coast: places to visit, beaches and events

Sorrento Peninsula is one of the most visited places worldwide, full of crazy places that are hard to forget. You will know all its secrets on a trip from Vico Equense to Meta di Sorrento.

Here where the sea sparkles, And the wind is strong On an old terrace In front of the gulf of Surriento
Caruso - Lucio Dalla

The beaches of Sorrento Peninsula

Many beaches and seaside resorts don't miss in the Sorrento Peninsula.

As for Massa Lubrense, you can admire its two enchanting coves: Cala di Puolo, dominated by a beautiful beach of pebbles and sand, and Cala di Mitigliano, where you can find the most clear and most transparent water in the Tyrrhenian Sea.

It is impossible not to mention the Bagni della Regina Giovanna. A natural swimming pool set between the limestone cliffs and the rocky beach of the Sorrento peninsula and dedicated to the sovereign. She loved the place so much that it became her favourite place for pleasure encounters with many lovers.

What is the Sorrento Peninsula, and where is it located?

Sorrento Peninsula is one of the most popular destinations for tourists from all over the world. It is a crystal-clear sea that meets rocky cliffs, evocative coves and inlets, the beauty and history of the towns in the area. Typical products make Sorrento, Vico Equense, Massa Lubrense and all the other cities on the Sorrento Coast unique places in the world.

Sorrento Peninsula is a cape that acts as a watershed between the Gulf of Naples and the Gulf of Salerno. It begins in the territory of the municipality of Castellammare di Stabia. It arrives in Positano, at the beginning of the Amalfi Coast.

According to precise standards and criteria, coastal municipalities and tourist ports award Blue Flags. There are 32 of them, ranging from the cleanliness of the sea and beaches to environmental protection policies, such as differentiated waste collection and the spread of cycle paths, green areas, the presence of pedestrian areas, and services for tourists and accessibility to beaches. The beach must have the necessary services and standards by a series of criteria that concern water quality and more.

In 2021, those of Sorrento, Piano di Sorrento, Massa Lubrense and Vico Equense have appeared on the list. Worth mentioning is the Spiaggia della Tartaruga (Turtle Beach) in Vico Equense, elected as one of the most beautiful beaches in Italy. It is a very "wild" beach with intense colours and pure, deep, crystal-clear waters, so-called because of the presence of a rock that emerges from the water and resembles a marine animal.

Locals have recommended Sorrento and Vico Equense as two of the best destinations in Italy to visit in the summer.

Sorrento is the main town on the coast of the same name. Its charm is ancient, and there are many points of interest, from the historic centre to its artistic tradition and splendid citrus groves. You can reach it by passing through the ancient Porta Greca: a portal that leads tourists to a place where time has stood still. You can also visit the Correale Museum with its fine collection of minor arts from the 17th and 18th centuries. There is also no lack of historic buildings and the typical alleyways of local shops.

As Vico Equense (one of the most desired destinations in 2021) stands on a suggestive promontory of tufa rock more than a thousand metres above sea level. The town covers an area of 30 square kilometres. It comprises characteristic villages from the sea to the mountains that create a unique landscape and make Vico Equense an incomparable location for its traditions and breathtaking views.

What to do and visit in Vico Equense

Vico Equense is a holiday destination suitable for all needs and highly recommended for families with small children. It is the first town on the Sorrento Peninsula. Because of its position, it is very convenient for visiting the whole coast and reaching Naples.

Among Vico's attractions not to be missed:

- Church of Santa Maria Annunziata: this is one of the most photographed places on the Coast, to be marked on the list if you plan a photographic itinerary of the peninsula. Built-in the 16th century on a piece of rock on the coast overlooking the sea. The church has typically Gothic features but a Baroque façade.

- Giusso Castle: built in the 13th century at the behest of Charles of Anjou. It stood on a promontory overlooking the sea and was used more as a military stronghold than dwelling. Only in the 19th century was it restored and used as the residence of the Giusso family (from whom it takes its name).

- Terme Dello Srajo: a thermal complex created at the end of the 19th century using several sulphurous water springs with incredible beneficial effects. It is essential, so much so that there is even a railway stop for visiting these pure places.

- Banco di Santa Croce: one of the most beautiful shoals in the Mediterranean. It is an absolute must to visit in summer for the more adventurous as it is home to various animals and plants, including red coral.

Those who love the outdoors and trekking will find in Sorrento Peninsula bread for their teeth. It is due to the shape of its territory and all the beauties it hides.

One of the most popular and well-known is Punta Campanella, which allows you to take a real leap into the past. It runs along a cobbled road built by the ancient Romans many years ago. The past-name path was Via Minerva. And it is leading those who walked along with it to the other side of the Sorrento Peninsula. There was the Greek temple of the devotees of the goddess Athena, then Minerva with the arrival of the Romans. From the whole path, there is the possibility to see Capri in the middle of the Tyrrhenian Sea.

The Sentiero Degli Dei (Path of the Gods) is also one of the most popular. You can discover the naturalistic side of the Sorrento Coast and Amalfi Coast. This fantastic trekking trail provides an enchanting view of the island of Li Galli and all the capes of the Sorrentine Peninsula and the Amalfi Coast. It starts in the Agerola hamlet of Bomerano and arrives at Nocelle. The trail is about 5 km long and is not always easy to do, but it is invaluable for the eye.

Finally, don't miss the hilly itineraries of Monte Comune and Monte Faito. Monte Comune has a height of 877 metres. Its path starts from Piano di Sorrento and goes as far as Positano. It will give you the chance to see beautiful views of small inlets with crystal clear water on the Peninsula.

The Great Ring of Faito starts from Monte Faito. Once you take the cable car, you can discover all the paths that allow you to have an exclusive and privileged point of view on the Sorrento Peninsula. From here, on a genuinely characteristic route, you will have an impressive optical effect on both the Gulf of Naples and the Cilento area.

Once upon one of these routes, choose the best view and take your souvenir photo!

The food and wine tradition of Sorrento Peninsula

For those who love the pleasures of the table, there is no better place than the Sorrentine Peninsula, which manages to exalt its culinary tradition within a few kilometres. Among its towns, the one with the wealthiest culinary offer is Vico Equense. The city has a very long and historical tradition of dairy farming that has made it one of Italy's most sought-after food and wine destinations. The traditional culture has ensured that the quality of the raw materials and the manufacturing processes have been preserved over time and transformed into tasty products and dishes.

Among these products, you cannot miss the famous provolone del Monaco, a sweet and spicy PDO cheese exported all over the country. Or Riavulillo, a particular type of very tangy caciocavallo cheese served with other dishes.

Honourable mention must be for the pizza a metro from Vico Equense, a real house speciality. The pizza a metro is up to two metres long, topped with different ingredients, which can vary according to the customer's taste and served on a long pan transported to the table on trolleys.

Most famous events in Sorrento Peninsula 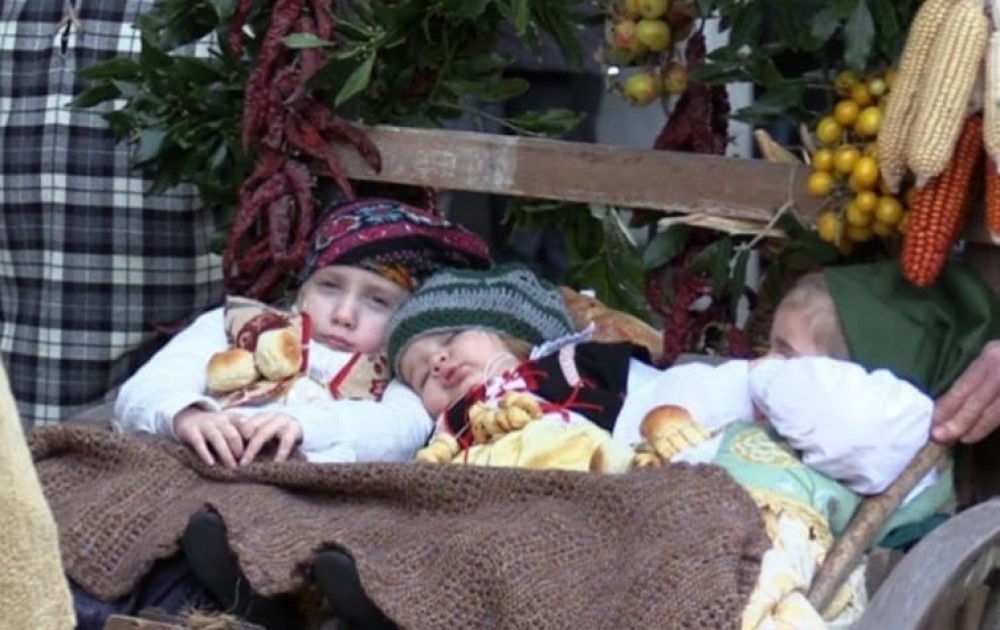 Besides the sea and its landscapes, Sorrento Peninsula is also a solid tourist-cultural attraction. Every year and every season, you will be able to attend sensational events that are an attraction for all tastes.

If you decide to visit in winter, a must-see the Pacchianelle procession: it takes place every year on 6 January, and it is a travelling nativity scene where we find the classic Kings and barefoot fishers bringing gifts to the Baby Jesus of typical local products, such as citrus fruits, cheese or animals and fish.

The Good Friday procession is organised every three years during the Easter period. More than 350 participants participate in the parade, covered by a red hood or dressed in period costumes to represent Judas, Pontius Pilate, Caiaphas and other protagonists of the Passion of Christ. The statue of the Deposed Jesus and the statue of Our Lady of Sorrows also carried in procession.

One of the food festivals, held mainly in summer, is Provolone del Monaco: a semi-hard cheese made from the milk of the cattle that graze in the Monti Lattari. Also, film-lovers should not miss the Social Word Film Festival in summer, which puts current critical affairs on the screen.

What to visit nearby the Sorrento Peninsula? 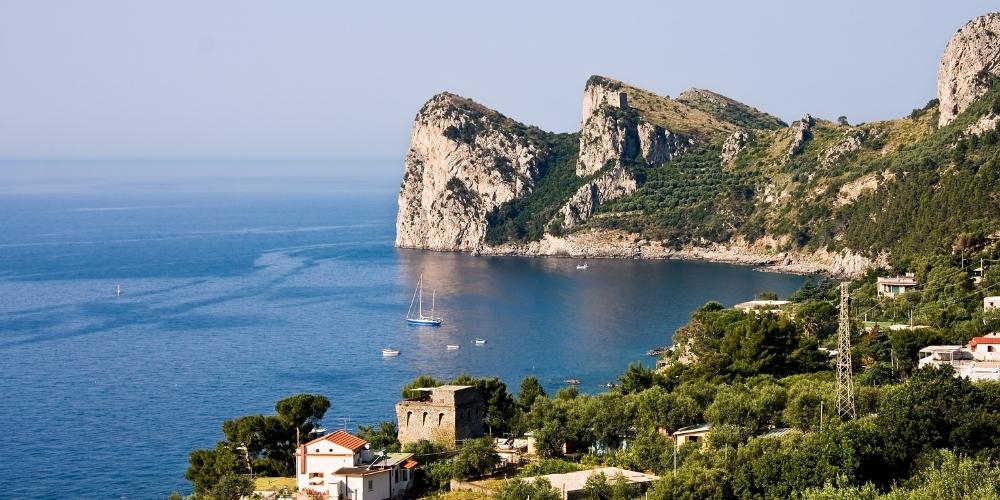 A few kilometres from the Sorrento Peninsula, you will have the opportunity to visit Pompeii and Herculaneum, Naples, the Amalfi Coast, the island of Capri. And maybe even stretch out towards Caserta to admire its marvellous Royal Palace. Straddling the Sorrento and Amalfi coasts is Nerano, a small village belonging to the municipality of Positano, perched on a rocky cliff.

So, what are you waiting for: are you ready to immerse yourself in the enchantment of Vico Equense and the Sorrento Peninsula!