Naples for children: a 5 steps tour of nature and culture

Among art, history and culture, there is also room in Naples for the little ones. Finding activities for children to discover the immense beauty of the city becomes crucial for their growth, so that they learn to love it right from the start.
So let's try to map out a real route, a tour virtually led by us, accompanying our beloved children through the streets of the city, even reaching out to the province, to discover novelty and fun. 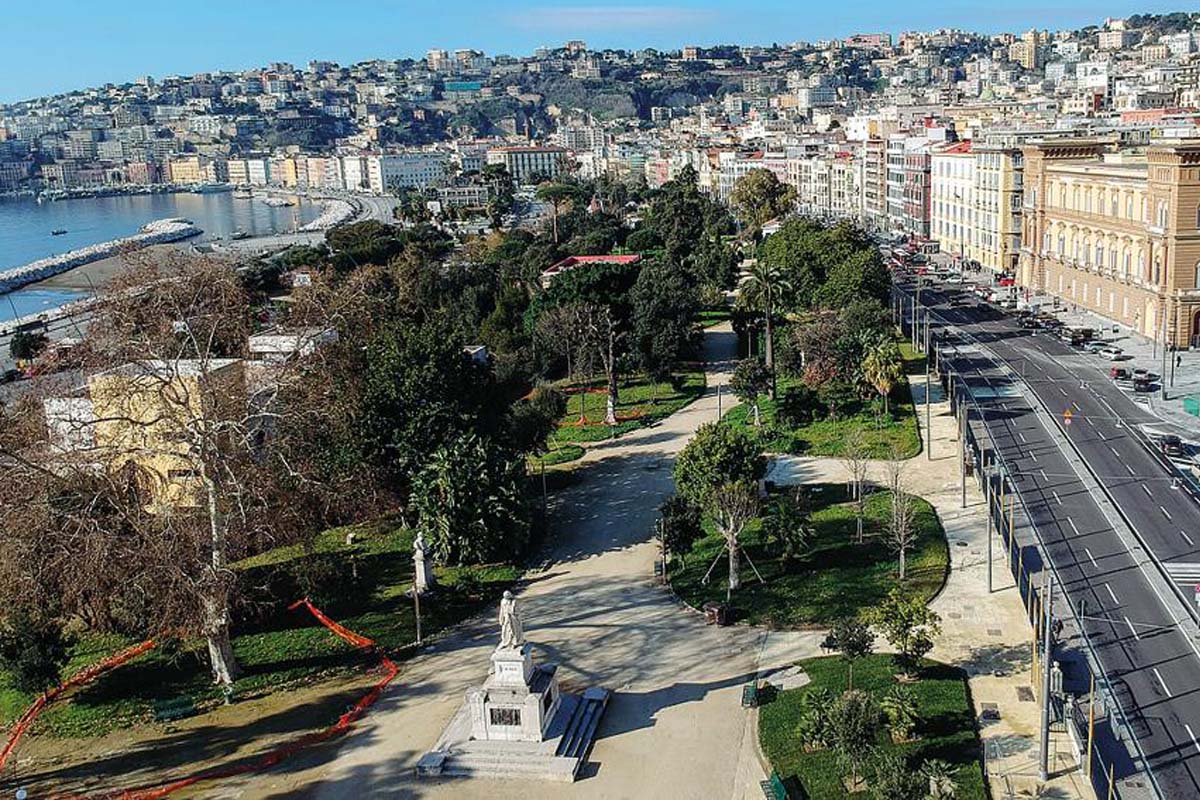 As a starting point, we choose a strategic place, which can be defined as such because it is a stone's throw from the sea, is surrounded by greenery and is immediately close to other attractions. We are talking about the Villa Comunale, a huge historic garden for the city of Naples with a centuries-old tradition, located between Piazza Vittoria and Piazza della Repubblica. Always a landmark for every self-respecting Neapolitan, taking children for a walk among the villa's trees is almost an institution. Not to be missed are the merry-go-rounds and swings where the little ones can then enjoy themselves and spend hours peacefully. Not forgetting then the presence nearby of bars and chalets for adults as well.

The public aquarium of Naples

Still staying within the Villa Comunale, we dwell on the Dohrn Foundation, a place of great charm and strong enhancement of science, culture and research. The Foundation has three facilities, and the first of these is the public aquarium, which, with its many tanks, is certainly a major source of attraction. The twenty or so tanks are capable of making the public travel with their minds and eyes between Mediterranean and tropical waters. However, what makes this aquarium unique is its inherent historical character, combined however with the use of modern technology. Among the most characteristic features of the aquarium, we definitely find the murenarium, representing the moray breeding structures designed by the ancient Romans and well preserved in the submerged archaeological area of Gaiola at Cape Posillipo. In addition, we also emphasize the octopus tank, a fascinating species especially for its marked intelligence that makes it similar to mammals.

Just like the Aquarium, the Darwin-Dohrn Museum is also located within the Villa Comunale, so it enjoys a pretty good location with a backdrop of the sea and greenery. The tour that lends itself to the public presents a focus on the evolution of biodiversity, from life to the present, and the functioning of marine ecosystems. Of course, as also noted by the name of the museum, much praise and reference is made to Charles Darwin, the father of evolutionism. It is indirectly thanks to him that the Zoological Station came into being, because Dohrn founded it to "prove the truth of Darwinism." A visit to the museum is really a journey into the oceans through which visitors will lead a walk through time to discover how life "works" in the seas and its ecosystems. Honorable mention goes to the multipurpose room that houses the original skeleton of a sperm whale stranded on Ischia in 2018. We continue our tour by moving to the province, between Portici and San Giorgio a Cremano, where we can look at Pietrarsa Railway Museum. A place of history and charm, here it is possible to make a sort of journey through time among trains and locomotives that went into operation from 1839 onward, up to the present day in short. The area is one of the really impressive ones, with 36,000 square meters, so it is really hard to get bored. In fact, there are so many activities organized, thanks to the cinema hall, conference hall and virtual reality systems that ensure interactive and innovative visits. Moreover, another plus point of the museum is its close proximity to the sea, since it overlooks the Gulf of Naples, and the view of Vesuvius. In short, to so much beauty is added that lends further magic to the proposed scenario.

The final stop on our journey is the last facility of the Dohrn Foundation we mentioned earlier, which like Pietrarsa is located in Portici. We're talking about the Sea Turtle Research Center, which peculiarity of the center is the careful care of specimens in distress, since taking care of them is the priority of the entire facility. The slogan of the Turtle Point is "immersed in nature," because the purpose of the visit is to become one with the animals, understand them and ensure their daily well-being. Consequently, attending Turtle Point means giving strength to a clear project that sees the idea of being Nature's "guests" and not "masters" as a fundamental mantra. Visiting the Turtle Island in Portici means giving strength at the same time to research, innovation and sea culture.
Seguici sulla nostra
pagina Facebook